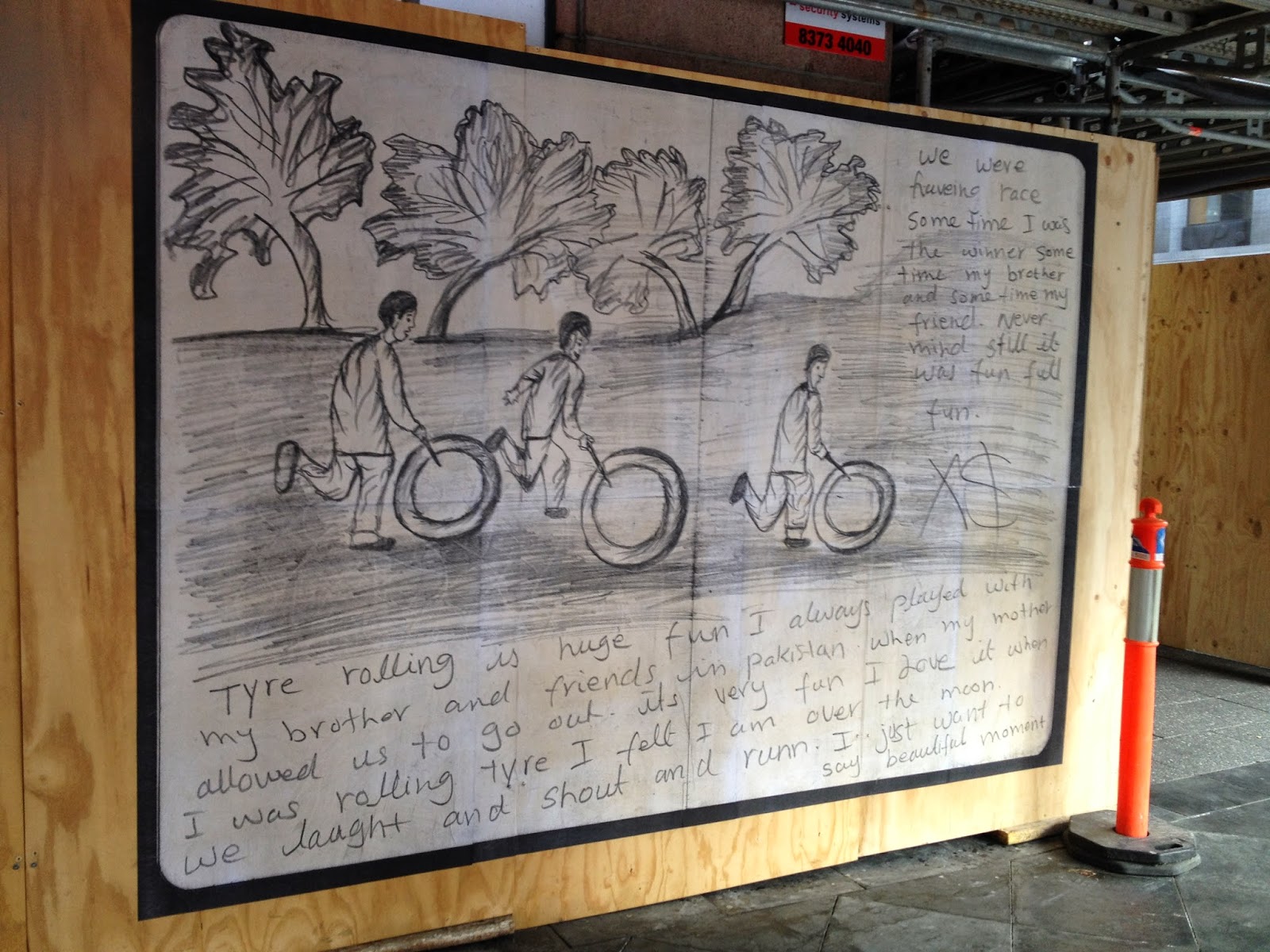 I snapped this one a couple of weeks ago, at the corner of King William and Hindley Streets. It is part of a project by artist Peter Drew, who recently visited a number of detention centres around Australia and spoke with asylum seekers about their experiences--this one depicts a happy childhood memory, though many other posters depict a far unhappier memories and experiences.

Another aspect that makes these pictures so intriguing is that Drew placed them up without asking permission from the Adelaide City Council--they simply appeared in challenge and inspire. I'll be interested to see how long they remain.