Showing posts from February, 2018
Show All

Review: The Strays by Emily Bitto 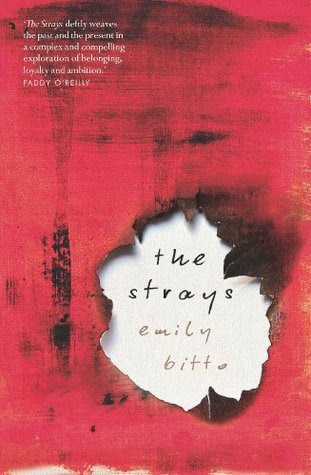 At age eight, Lily has led a perfectly ordinary life for an Australian girl in the 1930s. She is an only child from an ordinary, working class family who has recently relocated to a smaller home due to the depression. At her new school, she meets Eva, a charismatic child, who is one of three daughters of a famous painter. As the years go on, Lily finds herself drawn further and further inside the seemingly glamourous world of artist Evan Trentham, his wife Helena, their children and an eclectic mix of hangers on. The home itself is intended as a kind of utopia for aspiring artists. But nothing is as easy, or as glamourous as it seems in the Trentham's home, and when things go wrong, it is the Trentham daughters who pay the price ... This was an intriguing novel, told from the perspective of a young outsider, who desperately wished to be an insider, even when she couldn't clearly see all that was going on in front of her, or how much the daughters, particularly Eva and
Post a Comment
Read more 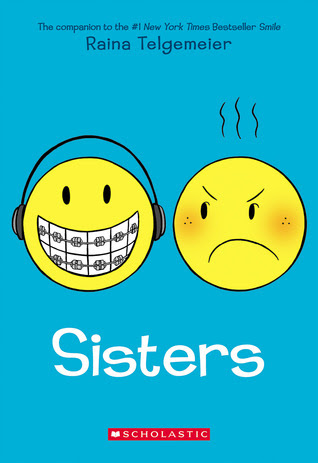 I have to confess, I'm writing this review with a heavy heart. Sisters is the last of Raina Telgemeier's published graphic novels for me to review and as soon as this review goes live well, it's all over. Of course, I've had news that she is working on a new novel, and that list she put on Instagram recently of recommended YA and Middle Grade graphic novels helped me to feel a little better, but ... I guess it was one of those things. These books were such an unexpected, and welcome, surprise for me, that it's kind of hard to let them go. Anyway, much like Smile, Sisters is autobiographical. It tells the story of a road trip across the United States that Raina took with her mother, younger brother Will and, most important of all, her younger sister, Amara. The sisters don't always get along. There is a five year age gap between them, and through many of the flashbacks that make up an important portion of the novel, we learn that both sisters are artists
Post a Comment
Read more 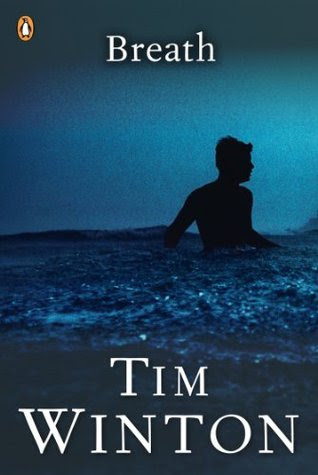 I cannot quite remember why I didn't buy or read a copy of Breath when it was released in 2008, despite the fact that I've been a Tim Winton fan since the late 90s, wrote a part of my honour thesis on Dirt Music , though I can recall that 2008 was a year of many great changes for me, so maybe it just slipped off my radar. I wouldn't read another Winton novel until Eyrie was released in 2013. (Speaking of, I never did review Eyrie on the blog ...) Anyway, I bought a paperback copy a few years back, and put it down after a few pages. Having just enjoyed That Eye, The Sky and knowing that Winton has another novel due out soon, I decided to give this book another go. What I got was a slow moving but enjoyable coming-of-age novel that is spoiled somewhat by a depraved plot twist somewhere toward the end. And maybe my stupidity is showing right here, but I honestly think this coming-of-age story could have worked just as well, if not better, without it. Okay, I get that
Post a Comment
Read more 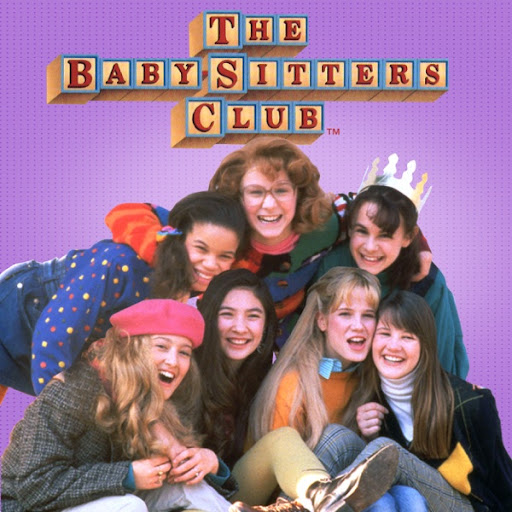 Stacey's diabetes may have been overlooked in Stacey's Big Break, but in this episode, it takes a starring role when Stacey decides to go off her diet. Meanwhile, Kirsty is busy earning money to help pay for her Christmas gift, despite the fact that her mother is married to a millionaire. (Seems suspiciously like slave labour to me.) The other baby-sitters are busy working on a Christmas party that is to be held in the children's wing of the local hospital for all the sick kids. Inevitably, the episode ends with Stacey in hospital, and with Kristy giving her new and expensive baseball glove to a boy in the hospital who is so poor that his parents couldn't afford to give him any presents this year. This episode was schmultzy, overlong and rather annoying but I guess that is what happens when you watch Christmas specials at the end of January ...  Note: This is the first episode of the series that I cannot remember watching at all when I was a kid. I'm won
Post a Comment
Read more 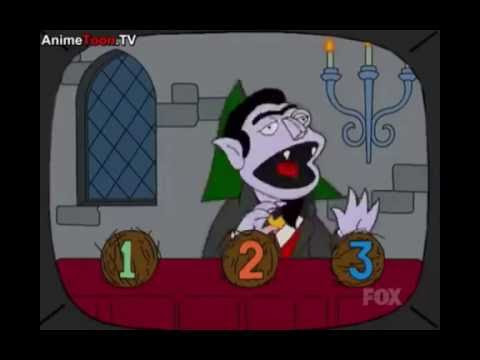 Just sharing this clip, because it so perfectly and so simply illustrates the nature of prejudice.
Post a Comment
Read more 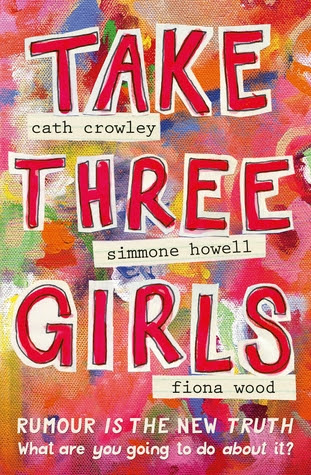 Three seemingly very different girls at an exclusive private school are targeted by a website in this novel about bullying, feminism and, ultimately, friendship. Clem, Kate and Ady are about as different as you can get, one girl is unpopular but sporty, another is a music buff there on a scholarship and one is a privileged part of the in-crowd. Working together as part of a seemingly tacky school Wellness programme the three realise that they have more in common than what they initially thought--and that together, they are able to conspire to take down the toxic website that targeted them. This book had a lot of potential and it works well in places--for example, the authors very cleverly show that the seemingly useless Wellness programme did actually work, even if it wasn't quite in the way that the school intended. The authors also have a lot to say about the nature of female friendship, sibling rivalry and predatory behaviour. Sadly, one thing lets this novel down.
Post a Comment
Read more 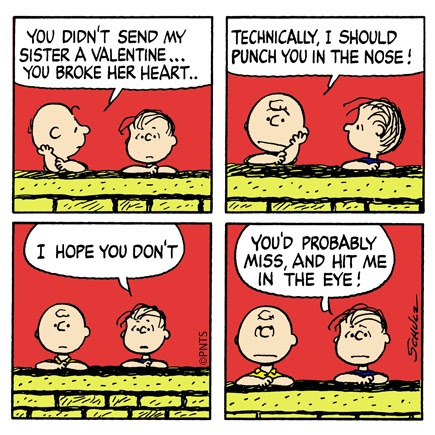 Review: Between Us by Clare Atkins 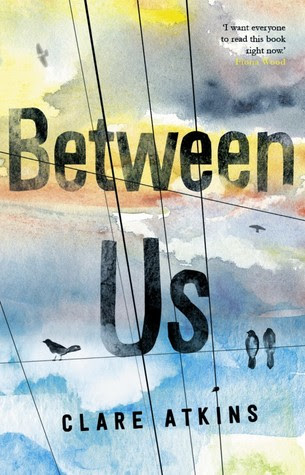 Powerful and heartbreaking are the two words that came to mind the moment that I sat down to write this review. From the moment that I heard of this book--about two very different teenagers in Darwin--I knew that I had to read it, and I was not disappointed. I was sad at times, and sadly not surprised, but the story also moved me to the point where I was still thinking about it well after I closed the covers. Ana, known as KIN016 to the staff at Wickham Point Detention Centre, is both excited and frightened to be starting school in Australia. Ana is an Asylum Seeker who arrived in Australia by boat, along with her mother, her baby brother and her mother's boyfriend. Since then, life in detention has been tough. They've been moved around a lot, and her mother's boyfriend is stuck in the detention centre in Nauru, while Ana's pregnant mother is expecting their baby any day. Meanwhile, Kenny, a guard at the centre who was born in Vietnam tells Ana that his son Jono
Post a Comment
Read more 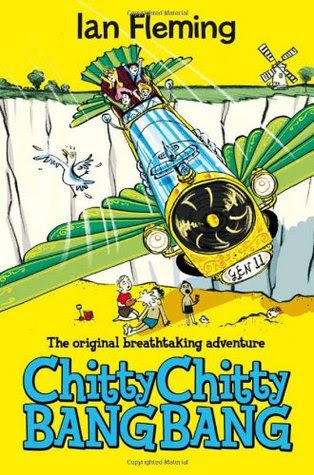 After there was James Bond came ... Chitty Chitty Bang Bang , Ian Fleming's only novel for children and was published in the months following the author's death. While not as famous as the movie or stage play that it influence, this delightful novel is a rollicking read about an unusual family and a very special car--one that can fly, swim and might just help the Potts family to stop a nasty gang of criminals ... It truly is a shame that Fleming did not live long enough to see this novel in print, or to continue to write for children--he has a terrific writing style, similar to Roald Dahl in parts (in fact, Dahl would later help to adapt the book to film,) but with a unique flair of its own. My copy has the original illustrations, which are quite fitting for the book. It's also a lot of fun with cliffhanger chapters, unusual plot twists and a very likeable family in the driver's seat. Overall, well done. Highly recommended.
Post a Comment
Read more

February 10, 2018
A post shared by Kathryn White (@kathrynsinbox) on Nov 22, 2017 at 10:57pm PST Apologies if I posted this one previously, but I just love this beautiful chalk artwork. This was taken on the corner of Wright and King William Street in the Adelaide CBD.
Post a Comment
Read more 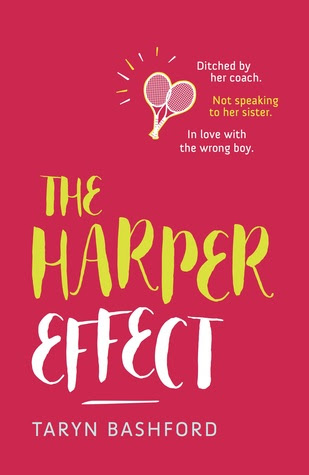 The elite world of competitive tennis is the setting for this fun teenage coming-of-age novel. Harper Hunter is a sixteen-year-old competitive tennis player who may have a bright future ahead of her--if only she could stop getting knocked out of the first round at major events. To make matters worse, she's just been dumped by her coach and she's falling in love with Jacob--the boy who she has known forever and who is in the middle of a messy break up with Harper's beloved older sister Aria. Then along comes a new and interesting coach, a moody doubles partner and suddenly, it seems that Harper's world is spinning in a new and different direction. This was an interesting novel about competitive sports, growing up and learning how to move forward. There are a number of plots that thread together, but perhaps the most interesting--and controversial--was the changes in the relationship between Harper, Aria and Jacob. All three are hopelessly conflicted, wanting succ
Post a Comment
Read more

February 03, 2018
A post shared by Kathryn White (@kathrynsinbox) on Dec 22, 2017 at 4:13pm PST Some pictures are happy, some pictures are sad ... I spotted these abandoned flowers in a supermarket car park. I cannot help but wonder how they ended up their, lonely and unloved.
Post a Comment
Read more 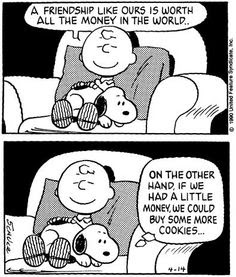 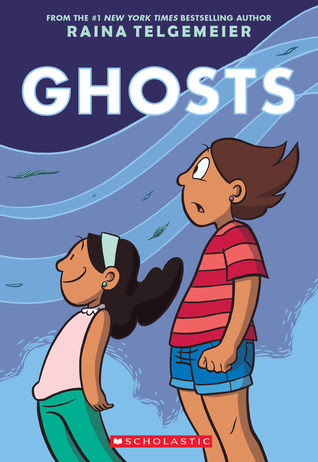 After enjoying Smile so much, I just had to give another of Telgemeier's novels a go. Ghosts , her most recent release, is a paranormal story set in Northern California. Cat enjoys her life in Southern California and is disappointed that the family is moving to a small coastal town up north. Cat resents leaving all of her friends behind, but she understands why they have to move--her parents think that the cool, salty air will be better for her younger sister Maya, who suffers from Cystic Fibrosis. Determined to hate the town and everything in it, Cat has a good reason to be suspicious when the boy next door offers to take them on a ghost tour, and a chance encounter with some ghosts plays havoc with Maya's health. Cat makes up her mind that she wants nothing to do with any of the ghosts or the customs that the local population have brought with them from their Mexican ancestors. But the ghosts, and Carlos from next door, have other ideas ... A little different from Smi
Post a Comment
Read more
More posts