July 13, 2014
It's always a bit exciting when there's a book coming out that you want to read and the author contacts you personally asks if you will feature it on your site. And that, is exactly what happened to me during the week when Lisa Joy, author of the upcoming romantic comedy Yes, Chef! messaged me via facebook. Anyway, here's a bit of information about Yes, Chef! which will be released tomorrow under Penguin's Destiny imprint: 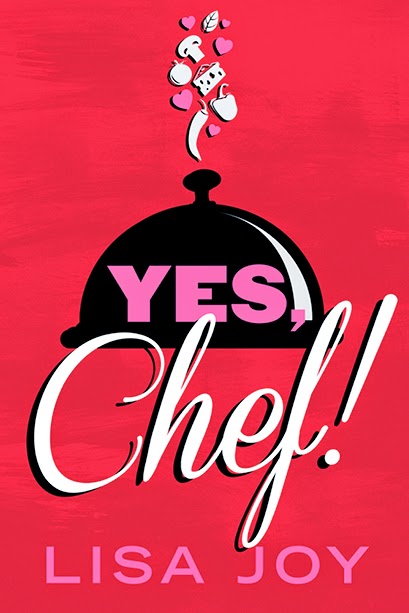 Becca Stone is disillusioned by her tedious and thankless job taking reservations in one of London's most successful restaurant empires. When she is unexpectedly catapulted into working as PA to celebrity chef, Damien Malone, it seems like the opportunity of a lifetime.

Becca is quickly caught up in an exciting whirlwind of travel, reality TV and opening nights, and even her usually abysmal love life seemingly takes a turn for the better. But as Becca is slowly consumed by the chaos of life in the spotlight, she begins to lose touch with reality.

When Damien reveals his real personality Becca is soon struggling with his increasingly outrageous demands and sleazy advances. It takes a disastrous trip to Italy for Becca to realise she may have thrown aside what is most important to her.

Inspired by real-life adventures, this deliciously funny and romantic story reveals a tantalizing glimpse of the trendy restaurant scene: a world where chefs are treated like rock stars, and cooking isn't all that goes on in the kitchen.

Lisa Joy began writing stories in her teenage years but most of her free time was taken up in ballet classes. At age 21, foodie Lisa decide she wasn't cut out for the famished life of a ballerina, and travelled to London, where she worked as a television producer's PA, in fashion retail and the restaurant business. Lisa fell head over heels in love with London where she lived for 7 years, travelling Europe, eating amazing food and the occasional stint on stage and screen. Upon returning to Australia her writing took a dramatic turn for the better after she attended a commercial fiction masterclass with author Fiona McIntosh. Lisa now lives in the picturesque Dandenong ranges outside Melbourne on a vegetable farm with her fiancé and four chooks. And yes, she is PA to a celebrated chef who is absolutely nothing like Damien.