Showing posts from August, 2018
Show All

It's Friday and, usually, I would share something funny. This week has been a bit lacking in comic material, so for that reason, I am sharing this clip of The Seekers singing Georgy Girl at a concert instead.
Post a Comment
Read more

Review: Junkyard Jack and the Horse That Talked by Adrian Edmonson 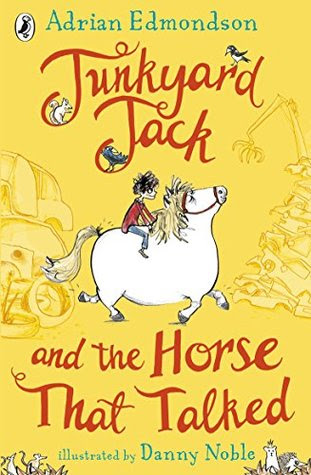 Dear readers, I think we may have another Roald Dahl on our hands. British comic genius Aidran Edmonson released his second novel for children earlier this year and let me assure you, it's a beauty. Jack is a short (comically so,) kid who has been a bit neglected ever since his mum got sent to prison for a crime that he knows she didn't commit and he was sent to live with his spineless aunt, his rotten to the core uncle and his nasty teenage cousin Kelly. His one salvation is the junkyard next door and the kindly man who runs it, but when Mr Mudge has a serious accident that all changes. Soon Jack finds himself on an incredible adventure along with Mr Mudge's shetland pony and some delightful talking animals who might just be able to help him out of this horrible situation. There are lots of laughs to be had in this delightfully over the top tale that probably would have had me cheering and throwing my hat in the air--had I been wearing a hat. Things all come right
Post a Comment
Read more

Review: A Place to Remember by Jenn J McLeod 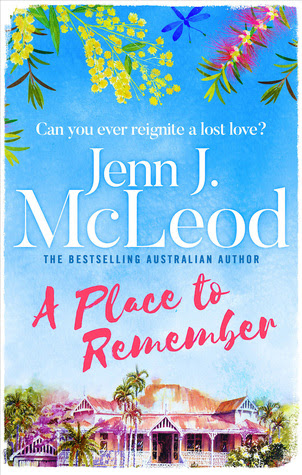 Much loved Australian author Jenn J McLeod's latest novel is a bittersweet tale of a missed opportunity, memory and redemption. Twenty-seven year old Ava has run away from the city and an abusive relationship to work as the cook at a country B&B. She never expects that the twenty year old son of the owners would be such a fantastic flirt--or so mature for her age. Despite her hesitations, she and John begin a secret romance, one that will attract the ire of both John's parents and Katie, the scheming but perhaps not terribly mature girl next door who wants John for herself. Years later, Ava's daughter Nina learns the sad story of her mother's lost love--who is now an eccentric artist who after a tragic accident lost all his memories of Ava, and who was cruelly betrayed by two of the women who supposedly loved him--Katie and his own mother. As Nina begins to discover more about Ava and John she also finds the last thing that she expected, a romance of her own
Post a Comment
Read more

August 27, 2018
Clearly business is booming at this end of Colonnades Shopping Centre #colonnadesshoppingcentre #noarlunga #southaustralia A post shared by Kathryn White (@kathrynsinbox) on May 5, 2018 at 6:34am PDT
Post a Comment
Read more 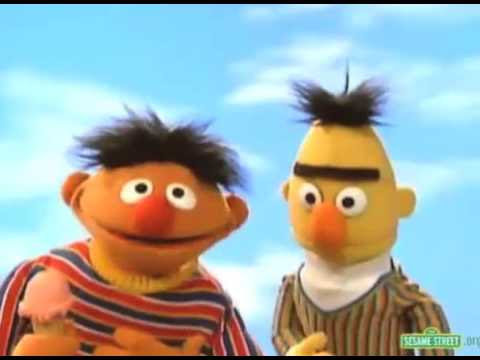 This is another example of a great, perfectly timed parody using Ernie and Bert from Sesame Street. In this clip, the pair "perform" the 1994 hit song Regulate by Warren G ft Nate Dogg.
Post a Comment
Read more 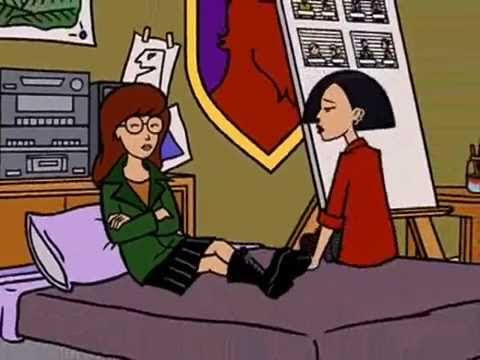 Just sharing this classic Daria moment from Season 4. Word is that Daria will be back in a new spin off series soon titled Daria and Jodie . I'm very interested to hear more about this one.
Post a Comment
Read more

Review: Without Merit by Colleen Hoover 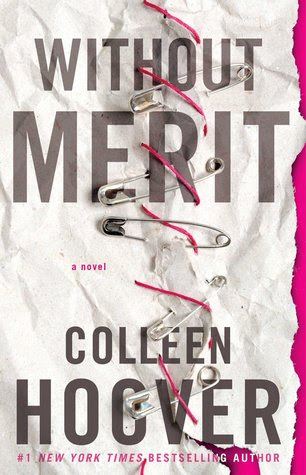 Note: I did not enjoy this novel. If you are the author, her agent or a diehard fan, or for whatever reason you do not wish to read a book review that is almost wholly negative, then you may prefer to stop reading now. Without Merit the ten billionth offering from prolific American author Colleen Hoover certainly lives up to its name. It is a novel with very few, if any redeeming features. Set in a small American town, this one is the story of a dysfunctional family told from the perspective of seventeen year old Merit who is suffering from a mental illness that goes undiagnosed until a key event leads her to doing a short self-assessment midway through the novel. And that, my friends, is about as much insight as the author gives to what life is like for someone living with a mental illness. As for the Voss family, nothing about their life is normal. Dad has moved the family into a church that he purchased and redesigned just to annoy the local Lutheran Pastor who he hates
Post a Comment
Read more

Review: When Courage Came to Call by L.M. Fuge 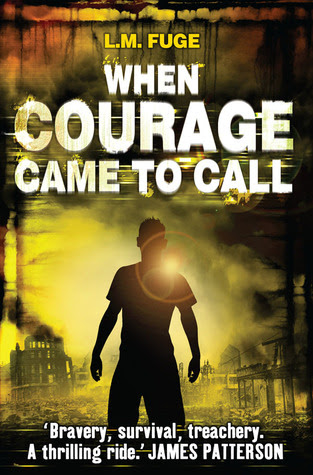 I did not enjoy this novel as much I had hoped to. It is difficult, however, to be too critical of this one. After all, it was written when the author was just fourteen years old. Two years later, it was accepted for publication by the Australian arm of Random House. Also, it was written for other teenagers, not adults. Set on the fictional island of Zamascus, teenage Imm and his twin brother Saxon find themselves thrown into the middle of a war zone when a neighbouring nation invades their island. With their parents and every other adult they know dead, Imm and Saxon must learn to survive ... and to fight back when necessary. If the premise sounds familiar, that's because it's quite similar to John Marsden's brilliant Tomorrow When the War Began series, just with a slightly different, but pleasing, spin.  While there is plenty of action and in Imm, the author has created a conflicted character who just wants his home and his country back, not a war, there are t
Post a Comment
Read more

August 13, 2018
Say it with flowers ... the Rundle Mall fountain seems to be sporting some extra decorations ahead of the weekend #rundlemall #publicart #flowers #adelaide #southaustralia A post shared by Kathryn White (@kathrynsinbox) on May 11, 2018 at 3:19am PDT
Post a Comment
Read more

Love, love, love this naughty dubbing of a Bert & Ernie skit from Sesame Street. The people who did this got the beeps right, making it appear as though the characters are swearing, a rare thing in these kinds of videos, where usually you just get random beeps. Their choice of sketch and subject matter was just right too, a great example of perfect comic timing.
Post a Comment
Read more 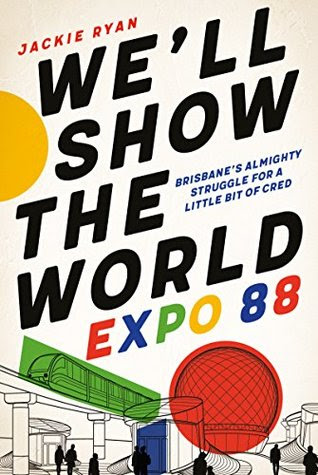 This is another review that I am going to have to start off with a confession. When I was a kid, I was absolutely fascinated by Expo 88. I remember learning about it at school, this huge exhibition that was taking place in Brisbane with all kinds of things--computers, new technology, rides and--gasp--a monorail. (I've always been secretly impressed by monorails.) Actually I was pretty impressed by the idea of Queensland, a place where the sun shone all the time, bananas grew and purportedly, there was a grasshopper on the loose up there who was drinking pineapple juice. I desperately wanted to go to Expo 88. My parents, on the other hand, felt quite different. Not only would taking a family of five up from Adelaide to Brisbane be expensive and time consuming, to them, but the Queensland they knew was something different. Queensland wasn't just a bit sunny, it was stinking hot. It was a political backwater. The police there were corrupt. You could get bananas here, f
Post a Comment
Read more 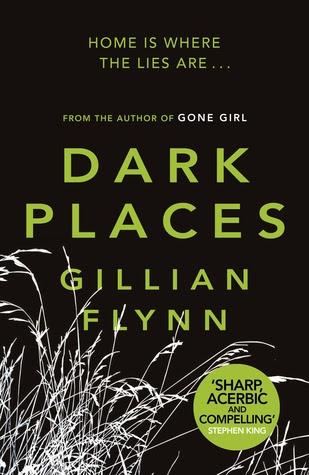 I have a confession to make. I have had this book sitting on my shelf for a long, long time and I haven't dare to open it. Gillian Flynn is one of my favourite authors, and this is the only one of her books that I had not read. I felt certain that I would love it. But I also knew that once I had read it that was it. There would be no more Gillian Flynn books. There are rumours, of course, that she will have a new book out in late 2019, but there is also little evidence to confirm this. So I left Dark Places sitting on my shelf for a long, long time until I felt that I just couldn't stand the thought of only looking at it and not reading it. And I loved it. The novel opens with Libby, a troubled woman of thirty who is the only survivor of a terrible mass murder--when she was seven her older brother Ben killed her mother and two older sisters. Libby has lived her life on the handouts of others, the cash donations that various strangers have sent over the years bec
Post a Comment
Read more 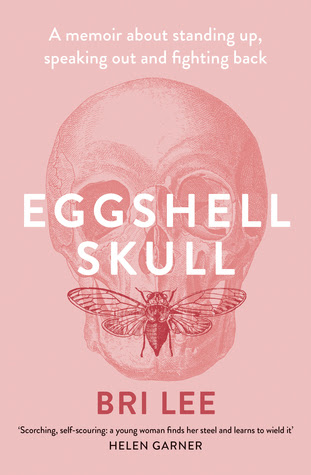 There is no getting around it. This is a confronting read. This is not a book for the faint of heart, the easily offended and despite the fact that blurb makes the subject matter clear, this book should probably contain more trigger warnings. Much of its content can and deserves to make people angry, to question our legal system and, ultimately, to find a better way. Eggshell Skull is the memoir of Bri Lee, a young woman with a better knowledge than most of our legal system. She is the daughter of a police officer, studied law at university, worked as a judges assistant in Queensland's district court and who, eventually, faced the man who sexually assaulted her in court and secured his conviction. What happens in between is a meditation on the depressing reality that the victims of sexual assault face when the perpetrators are taken to court. The author discusses case after case that she worked on. Many of the cases were so upsetting that I found myself having to skip over
Post a Comment
Read more

Review: Leah on the Offbeat by Becky Albertalli 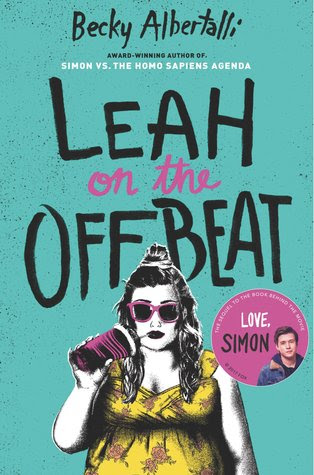 There was always one question left unanswered at the end of Simon vs the Homo Sapiens Agenda , why was Leah so angry at Abby? Did she really feel as misplaced by the new girl as she claimed? This sequel of sorts, with Leah in the front seat offers readers a surprising answer.  It's almost the end of senior year. Leah has kept a pretty big secret from her friends. She's bisexual. And she may be a little more interested in one of the members of their group than she wants to be. She does her best to ignore her feelings--after all, Abby has Nick and she's never given Leah any indication that she's interested in girls, though she does flirt with Leah from time to time, which, understandably, Leah finds annoying and confusing. Or is it possible that Abby may like Leah as more than a friend?  In many way this was a fairly relatable tale of first crushes and the uncertainty that one feels during their final year at high school. Each of Leah's friends has differe
Post a Comment
Read more
More posts