Showing posts from August, 2012
Show All

It is a sad day when you can sum up a book by one of your favourite authors with one word and that word should happen to be boring. Unfortunately, this is exactly how I would describe Capturing Angels  by V.C. Andrews. Gone is the gothic romance and fractured fairytales that made the name V.C. Andrews a worldwide phenomenon and in its place is a short, mediocre and poorly researched tale of a little girl who is abducted by a religious fanatic who believes that she has special qualities. Told from the perspective of Grace, a thirty-something wife of a religious zealot, the novel opens with the abduction of Mary, her five year old daughter, before turning to focus on the problems with Grace's marriage, her affair with a police officer and the eventual discovery of who abducted Mary and why. Unlike novels by the original V.C. Andrews, there is nothing terribly groundbreaking or shocking about this story, but for a few plot holes. I find it incredible that the police did not in
Post a Comment
Read more

August 28, 2012
Great news. Get Reading, a government sponsored project designed to promote books and reading (previously known as Books Alive,) has published their annual list of fifty books that you cannot put down. Check out the full list here .
Post a Comment
Read more

Okay, so all of us aging, dedicated BSC fans know that Mary-Ann Spier ran away from her own surprise birthday party and we all skipped that chapter that described each of the club members in detail (because lets face it, the descriptions were the same in every book,) but listed here are some fun facts that you may not have known about this best selling series of children's books. 1. The series lasted fourteen years. Fourteen years is a very long time. It's even longer when you're thirteen (or eleven,) for twelve and a bit years of that duration. The Babysitters Club debuted in August 1986 with Kristy's Great Idea . The final Babysitters Club book, depicted the four core characters--Kristy, Claudia, Stacey and Mary-Anne finally graduating from Stoneybrook Middle School, along with their friend Abby. 2. BSC merchandise peaked in the early 1990s. BSC merchandise included various calenders, organisers dolls, videos, a board game and even a line of child
1 comment
Read more 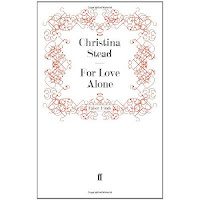 For Love Alone was a book that was placed in my hands by Giselle, the supervisor of my English Honours thesis, when I was at the tender age of twenty-one. Painfully, brutally shy, and something of a late bloomer when it comes to all things emotional, I struggled to understand this book. And now, ten years later, I wish that I had tried harder. It could have saved me a whole lot of bother. For Love Alone tells the story of Tess Hawkins, a young, idealistic woman from Sydney who falls in love with Jonathan Crow, a man who is not only indifferent to her in a sexual and romantic sense, but who is arrogant, unpleasant and takes a sadistic pleasure in watching her suffer. With no true understanding of the difference between love and sexual attraction, Tess devotes herself to this man completely, believing that love means to give everything and not ask for a single thing in return. Tess suffers a considerable amount of cruelty at the hands of Jonathan (the scene where she is left alo
1 comment
Read more

August 20, 2012
"It is absurd to divide people into good and bad. People are either charming or tedious." Oscar Wilde, "Lady Windmere's Fan"
Post a Comment
Read more

Whew, who would have thought that a whole week would go by without any updates on here. Damn, that review on He's Just Not That Into You  must have really got me rattled. I still think the book was a whole lot of rubbish, pushing one silly and oversimplified catch phrase. Anyway, I'll move on to the next book for review, the delightfully mysterious Picnic at Hanging Rock  by Joan Lindsay. Like pretty much everyone who studied English Literature at a South Australian high school in the late 1990s, I first encountered this book at school. I was drawn in to the mystery of what happened to the three girls and their teacher who disappeared during a school picnic at Hanging Rock. Rereading this book as an adult, after finding it for twenty cents at a secondhand store was a revelation. There is no denying that Picnic at Hanging Rock is creepy. From Edith's hysteria to the subplot where the headmistress murders a student to the style in which the book is written (in the for
Post a Comment
Read more
August 10, 2012

It's time for another Feature and Follow Friday. It's been a little while since I participated in one of these, so for those of you who don't know, Feature and Follow Friday is a weekly meme hosted by Alison Can Read  and Parajunkie's View  designed to help like-minded bloggers to connect. This week's all important question is: Q: What would you do over if you were to start your blog again from scratch? Honestly, I wouldn't change a thing. Every thing that I have done on on this blog, the good, the bad and the ugly, have helped me to grow and develop as a writer.  Then again, maybe I would have researched more words that rhyme with spider for that little feature on the sidebar. Suggestions, anyone?
16 comments
Read more

God: According to Calvin

Just wanted to share another of my favourite Calvin and Hobbes comics. There is something wonderful about young Calvin's imagination, whether he is playing with his best pal Hobbes or making what he feels are philosophical comments about God. The thing I like most is the way that the character speaks his mind, without worrying about what others may think or how they may react. Despite his young age, Calvin is very much his own person.
2 comments
Read more

August 05, 2012
Like many, many women who were preteens in the late 1980s/early 1990s, I positively adored Ann M. Martin's wonderful series of books, The Babysitters Club.  Every week, I used to look forward to the trip to the school library, where I would borrow the next book in the series. At the time, the school had about thirteen or so books from the series, and not all of them were in sequential order. If my memory serves me right, I think the school library had books 4, 6, 11, 13, 14, 15 and 19, plus a selection of the books from the Babysitters Little Sister series. Unsurprisingly, I soon ran out of BSC books to read. Never fear! During a trip to Rundle Mall, my mother and Auntie took me to a little store that was in the basement of John Martins. This little bookstore was called The Book Place  and not only did they have every Babysitters Club book that was in print at that point in time in Australia (it was May 1990, so there were probably about 28 books, plus three Super Specials,) but
Post a Comment
Read more

Except: Pledged by Gwynneth White

Greetings folks. Today I'm lucky enough to be able to share with you all a small excerpt from Pledged, an awesome new Young Adult novel by Gwynneth White, which will be published by Swallow Press in coming months. (And before you ask, no, she is not a relative. Just a delightful coincidence.) Anyway, without further ado, Pledged ... Despite the heat, Seth felt icy. Dread could do that to him. Or so he had recently discovered. Deep breathing usually calmed him, so he sucked in a lungful of desert air and told himself to relax. It didn’t help. By the time he’d walked from the aircraft to the immigration hall he’d ripped off a jagged piece of thumbnail, already bitten raw. He handed his US passport to the Botswanan border official, and, after a frown, and a stamp, he joined the crowd at the baggage carousel. Botswana in southern Africa was the last place on earth he’d ever have picked for a holiday destination. But he wasn’t here on holiday. Not even close. His backpack was
Post a Comment
Read more 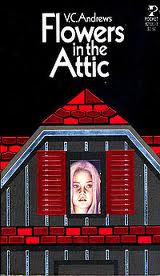 Imagine a large house in Portsmouth, Virginia. It is late and the lights are out but for one inside a bedroom. Inside that bedroom a woman sits up in bed, a typewriter on her knee. The woman pounds furiously away on the typewriter, the tapping of each key echoing through the bedroom. The woman is middle aged and the wheelchair by the side of her bed is evidence enough that she may have some limitations. However, this woman would rather you not discuss her age thank you very much, and the presence of a wheelchair does not mean that she cannot walk at all. From another bedroom, the woman’s mother snores gently. The woman smiles. The subjects discussed in her current manuscript are not that she would to share with her mother. Greed, rape and incest are hardly topics fit for the breakfast table. At the end of the night, forty more pages of her manuscript, a gothic novel titled The Obsessed, are complete. In a few weeks, this writer will send her manuscript away to an a
Post a Comment
Read more
More posts