Review: Under the Midnight Sky by Anna Romer 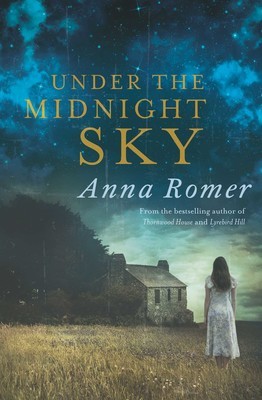 Australian author Anna Romer is in fine form with her latest release Under the Midnight Sky. A romantic tale with a mystery at its core and some fine gothic elements, it tells the story of Abby, a journalist, who is haunted by the abduction and murder of her childhood friend many years before. Returning to the small town where she grew up, she finds an injured young woman on the side of the road, but when she summons help, the girl disappears. Was it in her imagination, or is it possible that there is something darker afoot? Abby barely has time to digest the idea when chance leads her to Ravenswood, an old country house and its new owner, Tom, a reclusive man who has carved out a career writing crime novels. When Abby discovers a hidden room in Ravenswood and a page of a diary written by a young woman who went missing with her sister many years before, she realises that there may be something much darker afoot. And what is the connection between the two sisters who vanished in the 1940s and the many young women who have vanished from the area since.

I know I said this about Romer's previous novel, Beyond the Orchard, but I do think that this is the authors best work yet. (In other words, this one is even better than Beyond the Orchard.) The mystery is quite intriguing and reminded me of two of my favourite gothic novels, Jane Eyre by Charlotte Bronte and Flowers in the Attic by V.C. Andrews, though the author most certainly puts her own spin on things. There is also a lot of romance in there, and a lovely depiction of small town Australian life. The novel itself is written in a way that is pleasing and easy to read and I found myself getting lost in this story on several occasions.