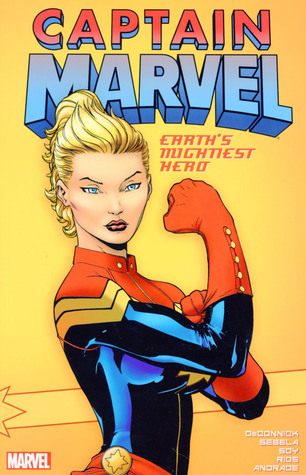 This graphic novel combines the first twelve of Captain Marvel's Earth's Mightiest Hero series, which cover's transition from Ms Marvel to Captain Marvel. And there are challenges aplenty as she travels through time, finds herself betrayed and, basically, fights evil a lot. And, of course, she's determined to prove herself to be the best of the best. This time in a much less revealing costume.

As was the case with Ms Marvel, these comics have a darker and more serious feel to them than some of Marvel's other offerings. I can't say that I was a huge fan of some of the artwork in the second half of the book--something about the artist style didn't feel to me to blend as well with the character and themes as it could have. That said, the novel itself is enjoyable enough.