Review: The Ex-Factor by Laura Greaves 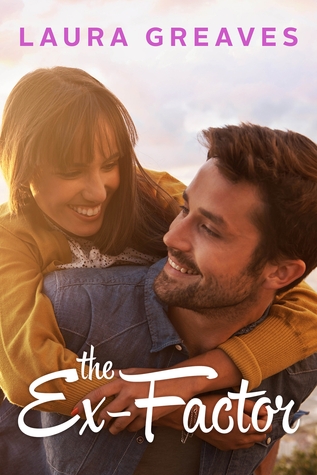 If you love dogs and hunky movie stars and you're in the mood for a likeable, lightweight romance then The Ex-Factor is probably for you. Kitty Hayden is a Sydney-based dog trainer who prefers the company of animals to humans. At age thirty, she has a good life--a beautiful home left to her by her mother, her dream job as a dog handler on film sets and a whole host of loveable dogs of her own. Her bratty sister Frankie is a bit less loveable, but it is clear that the sisters really do care about one another. There is also a sexy vet called Adam waiting in the wings, but is Kitty the right woman for him, or does his heart really lie somewhere a bit less predictable? Anyway, Kitty had just scored a new gig as a dog trainer on a major international production that is being shot in Sydney, which puts her in close proximity to Mitchell Pyke, a hunky Hollywood actor who has publicly vowed never to date again, after his partner, actress Vida Torres left him for his best mate, and who seems to have a bit of a chip on his shoulder. Mitchell and Kitty's first meeting ends in disaster (Kitty is fired after slapping the actor,) but when the actor arrives at Kitty's home to apologise, some very different sparks begin to fly ...

This one was enjoyable light reading. It may not be the most original plot for a romance novel, but that does not make the book any less enjoyable--actually, it's a lot of fun. It was interesting seeing two people with two such different lives come together, suffering a few misunderstandings along the way. My only quibbles are silly and subjective things that really aren't going to put off other readers such as Kitty disliking her full name, Kathryn. (How could she? I reckon Kathryn is a great name.) The ending is beautifully sweet and fitting.

A good choice for lovers of Australian romance.

Thank you to Penguin Books/Destiny Romance for providing me with an ARC via Netgalley.
Laura Greaves The Ex-Factor