Kathryn's Inbox Exclusive: Teen Boy Shocked to Learn No One Cares About His Opinion 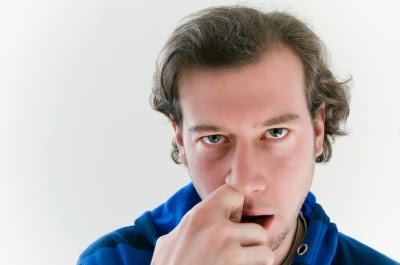 NOWHERESVILLE, AUSTRALIA--Kai Clemmens, age 15, was left shattered yesterday when he discovered that no one actually cares about his opinion. Clemmens who acts as a self-appointed member of the fashion police, has spent the last two and a half months gathering outside the local service station with his crew, where they would loudly share their opinions on the appearance of any female who happened to be walking by. "What da fuck?" Clemmens responded, when questioned by one of our reporters. "I thought I was offering a valuable community service by letting people know they were ugly and shit."

Clemmens was further shocked by the critique our fashion reporter gave his outfit--a blue hoodie, cheap black t-shirt that advertised beverages that he is too young to purchase legally, and a pair of shorts that were at least two sizes to large for his skinny frame. His outfit was identical to that of the other five members of his crew. "Youse know nothing about fashion," Clemmens said, before sipping on a slurpie. In his other hand was a thin, white lolly, which is known locally as a "fad" and is said to have the appearance of a fake cigarette. Several times throughout our interview, Clemmens attempted to light the fad, but remained unaware that his Bic lighter was empty. "Your fashion reporter is hell ugly anyway," Clemmens added, before making several vomit-like sounds. "She looks like the troll who lives under the bridge. I'd never fuck her, no way."

Upon further examination, Clemmens seemed surprised to learn that no one had, in fact, asked him if he wanted to fuck our reporter. He seemed further confused to learn that the fashion reporter actually enjoyed being single and lived in an apartment that had been purchased from the money she earned at her job. His confusion reached a climax, however, when he learned that she considered his comments to be unnecessary and offensive. "Fucking bitch," Clemmens called after the reporter as she walked away. "You can't say that to me. I'm gonna tell my mum all about you harassing me and shit ..."