October 29, 2014
Welcome back to Writers on Wednesday. This week I'm chatting with British-Australian author Alan Baxter, whose brilliant series Bound was released back in August ... 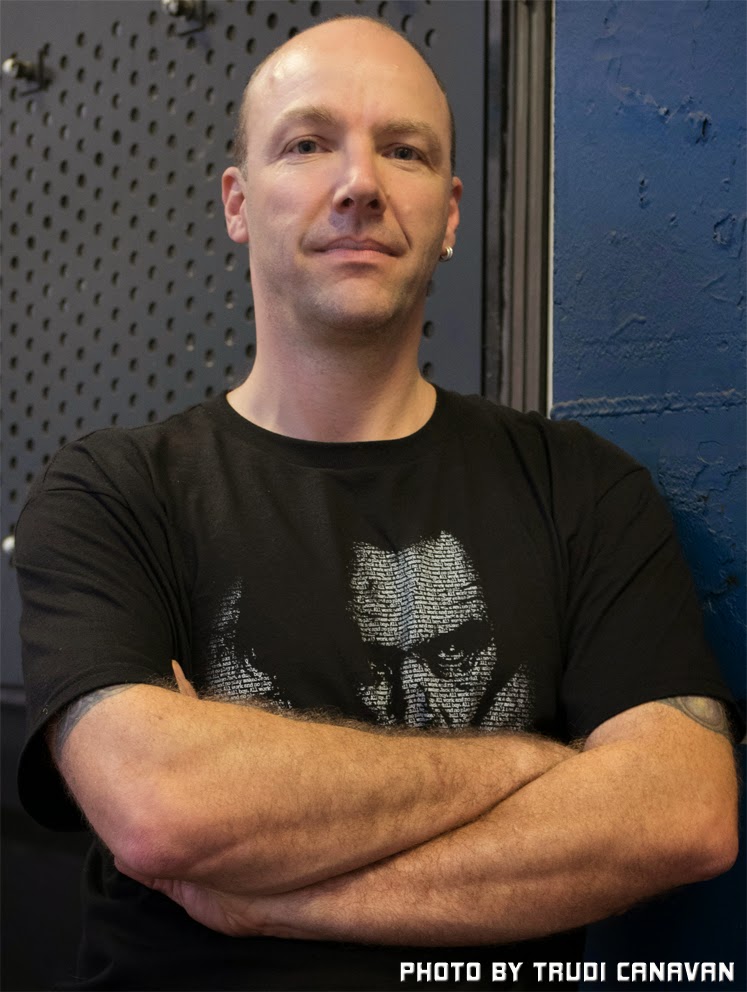 I’m a British-Australian author who writes dark fantasy, horror and sci-fi, rides a motorcycle and loves his dog. I also teach Kung Fu. I’m the author of the dark urban fantasy trilogy, Bound, Obsidian and Abduction (The Alex Caine Series) published by HarperVoyager Australia, and the dark urban fantasy duology, RealmShift and MageSign (The Balance 1 and 2) from Gryphonwood Press. I co-authored the short horror novel, Dark Rite, with David Wood. I also write short fiction with more than 50 stories published in a variety of journals and anthologies in Australia, the US, the UK and France. My short fiction has appeared in Fantasy & Science Fiction (forthcoming), Beneath Ceaseless Skies, Daily Science Fiction, Postscripts, and Midnight Echo, among many others, and more than twenty anthologies, including the Year’s Best Australian Fantasy & Horror (2010 and 2012). I also write narrative arcs and dialogue for videogames and I wrote the popular writer’s resource, Write The Fight Right, a short ebook about writing convincing fight scenes. 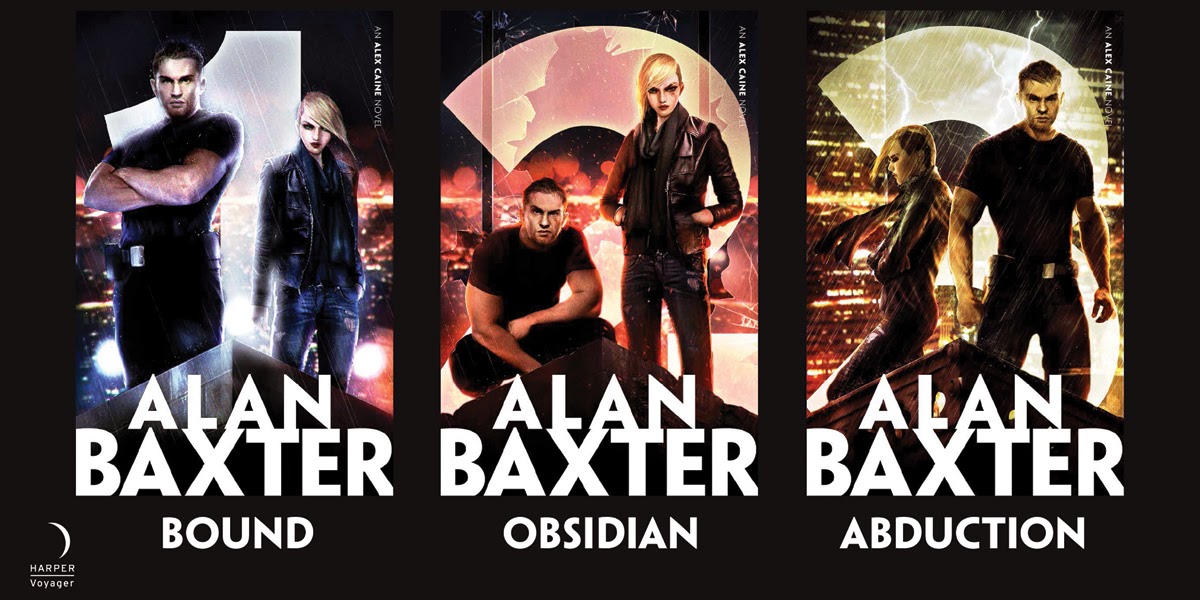 My latest novel in print is Bound (Alex Caine #1) Published by HarperVoyager, 2014. The blurb goes like this:

Alex Caine is a martial artist fighting in illegal cage matches. His powerful secret weapon is an unnatural vision that allows him to see his opponents’ moves before they know their intentions themselves.

An enigmatic Englishman, Patrick Welby, approaches Alex after a fight and reveals, ‘I know your secret.’ Welby shows Alex how to unleash a breathtaking realm of magic and power, drawing him into a mind-bending adventure beyond his control. And control is something Alex values above all else.

A cursed grimoire binds Alex to Uthentia, a chaotic Fey godling, who leads him towards destruction and murder, an urge Alex finds harder and harder to resist. Befriended by Silhouette, a monstrous Kin beauty, Alex sets out to recover the only things that will free him – the shards of the Darak. But that powerful stone also has the potential to unleash a catastrophe which could mean the end of the world as we know it

Book 2, Obsidian, and Book 3, Abduction, are also out now in ebook, with print to follow soon.
While Bound is the first book in what is so far a trilogy, it’s a standalone novel in its own right. Each book in the Alex Caine series is a standalone novel, with overarching storylines that span the series. So you don’t need to wait for the others before you start reading. And if you’ve read Bound and are keen to get Obsidian and Abduction in print rather than ebook, hassle your local bookstore to put them on order for you.

The first time was actually with short fiction. I was paid $5 for a short story by an online horror magazine called The Harrow and I was over the moon. An editor had read, enjoyed and bought something I’d written. The fact that it was only $5 was irrelevant – I was a published author. I’ve been building on that ever since!

Signing a three book deal with Harper Voyager is by far the high point so far – it’s a real dream come true to sign with one of the “Big 5” publishers, especially in a multi-book deal. I’ve also recently sold a short story to The Magazine of Fantasy & Science Fiction which is like the holy grail of short fiction markets for me. I’ve always wanted to sell there and I finally have!

I’ve just sent a novelette to an editor who invited me to submit for anthology his press has coming out next year. I’ll hear at some point whether or not that gets accepted. I’ve also just finished a new standalone horror novel which is out with my highly valued beta readers right now, so I’m looking forward to hearing some feedback on that soon. Then I’ll polish it up, taking their advice, and send it off to my agent to see if we can sell that. And I’ve just broken ground on a new standalone novel, a serial killer horror story.

Depends on the context. I read probably 50/50 print and electronic these days. I love my iPad Mini and it’s great for travelling and reading anywhere. But I’m a shocking bibliophile too and love my bookshelves. I’ll often buy a hard copy of an ebook I really enjoy because I’ll want to have it on my shelves. I do greatly enjoy ebooks, but print is still king.

Both. I’m a hybrid author. I’ve self-published (still have some self-published stuff out there), been published at short, novella and novel length with small press in various countries and I’m now published by Harper Collins. So I’ve run the gamut. Again, different choices for different reasons. There’s no one way, no right or wrong way, to publish these days. But I’ve always chased the big traditional deal, and I’m so pleased to have done it with The Alex Caine Series.

So many! I always recommend anything by Clive Barker – he’s probably been a bigger influence on me than any other writer.

Bound is available from all bookstores – if they don’t have it in, they can order it for you in no time. Otherwise, check my website – www.warriorscribe.com - and click on any book cover you see there for excerpts, reviews, buy options, etc. And if anyone wants a signed copy of any of my books, drop me an email to alan@warriorscribe.com and we’ll sort something out.