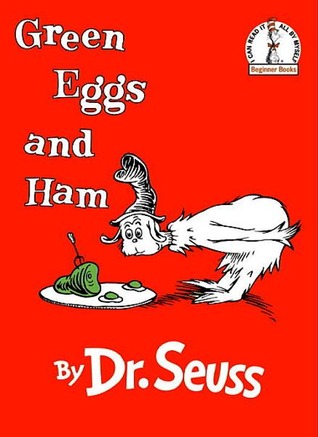 ADELAIDE AUSTRALIA--A book club for parents interested in sharing politically correct reading material with their children has disbanded after one meeting as the members could not agree on which children's books were politically correct. "Obviously it's disappointing," a spokesperson for the group, who wished only to be known as Willow, told one of our reporters. "I started this group with the best of intentions."

The group was formed after Willow developed concerns that the stories that were being read to her five-year-old son at child care were inappropriate. "I found the whole concept of this ... Green Eggs and Ham to be quite disturbing. I don't think it's appropriate that children should be reading books where the main character is being offered food by a complete stranger. That's sending a bad message to children if you ask me. Also, in our family, we eat a vegan diet."

Initially, Willow intended to have Green Eggs and Ham banned, but her calls fell on deaf ears. She was also unable to find any childhood education experts, child psychologists or children's librarians who would support her cause. Instead, one of the librarians Willow consulted suggested that she form a book club with likeminded parents, where they could all read and discuss what books they did consider to be suitable. "I thought that this was a great idea," Willow said. "And so, along with a number of parents from my sons child care centre, we formed the Politically Correct Book Club." While forming the book club was easy, Willow discovered, agreeing on books to read was not. "For every member who put forward a suggestion, we had another person who was quick to point out how the book may be unsuitable for children. For example, one parent suggested Goldilocks and the Three Bears, but another aired concerns that the story sent out a message that it was okay to break inside another persons house. Another parent was worried that children may be frightened by the ending, where the three bears confront Goldilocks ..."

The meeting soon dissolved in an all out-competition of which family was the most politically correct. One parent was quick to slam another who allowed their eight-year-old daughter to read Garfield comics, when the star of the comic was "Greedy and often mean to his sidekick Odie." The parent responded by branding Willow a hypocrite and then opening Willow's leather handbag to reveal that she had a ham and egg sandwich inside.