Review: Harry Potter and the Art of Spying 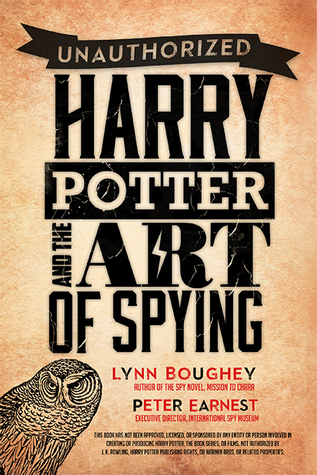 When I was offered the chance to review this awesome unauthorised glimpse into the Harry Potter universe, I simply could not resist. Harry Potter and the Art of Spying examines the examples of real-life spying techniques that are used within J.K. Rowling's hugely popular Harry Potter series. The volume was put together by spy novelist Lynn Boughey and CIA veteran Peter Earnest and most of the commentary is authentic. (There is also a note of the copyright pages saying that it has been cleared for release by the US Department of Defence.)

Concentrating mainly on Harry Potter and the Order of the Phoenix, (where, of course, most of the covert spying action takes place,) the book examines in detail several key scenes and uses of spy techniques, as well as looking at several codes that Rowling cleverly hid within the Harry Potter novels. The writing is simple and easy to read, making this a great resource for teenagers who are interested in the Harry Potter universe and a possible career in the police force. Or just great reading for Harry Potter fans who cannot get enough.
Harry Potter Harry Potter and the Art of Spying Lynn Boughey Peter Earnest