Fans of Adelaide's history following European settlement/invasion are almost certain to be delighted with this glossy, hardcover volume that documents the history of Adelaide's buildings from 1836 to 1886 in atmospheric black and white. Provided, of course, that they can find a copy, as this one was published by Oxford University Press in 1969 and is long out of print.

There is something fascinating, and just a little heartbreaking about reading this one. Divided into two sections, it gives an insight into some of the earliest buildings located within the City of Adelaide, or the areas generally known as the the Adelaide CBD and North Adelaide (more on that, later,) and mourns the buildings that have already been demolished. A note in the jacket adds that just before the book went to print, a number of buildings featured in the book had also now suffered a similar fate. As is sadly typical of the era, there is no mention of the Kaurna people. Keep in mind that in 1969, First Nations People had only just won the right to be counted as citizens, and many things that we now consider normal, such as recognising the traditional owners of the land, were still many, many years away.

Anyway, it was interesting flicking through the book and looking at pictures of streets and buildings that were at once familiar, and many that were completely unknown. My heart broke just a little when I discovered that two beautiful toenhouses once sat at 17 and 19 Wright Street, which is now home to a drab car park. Meanwhile, there are other glimpses of hope. Bar Chambers at 34 Carrington Street looks more or less the same: 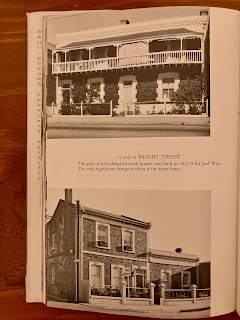 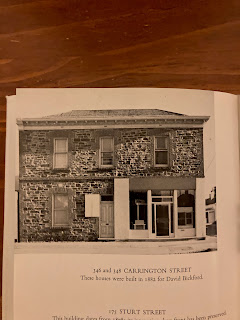 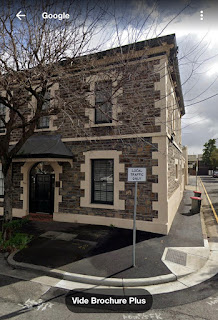 The volume also shines a light on local history and offers some interesting facts. For example, I had no idea that when the City of Adelaide was first planned, the area we know today as Adelaide or the Adelaide CBD, was originally known as South Adelaide, which also explains why the area directly to the north which makes up the City of Adelaide council area is known as North Adelaide.

Overall, an interesting read and product of its time.