Review: Lemon by Kwon Yeo-sun and translated by Janet Hong 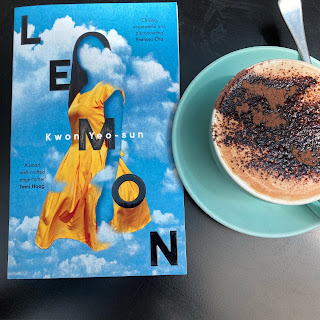 In the summer of 2002 Kim Hae-on, a girl who is in her final year of high school is murdered. Hae-on is something of an enigma. Beautiful and free spirited. She attracts the awe and jealousy of her classmates and that of her younger sister, Da-on who acts as a keeper of sorts. Then Hae-on is murdered, and a delivery boy is wrongfully accused. Spanning seventeen years, the author stops in different points in time, and uses different characters to paint a picture of not only the murder of Hae-on, but life in modern day Seoul, where although it may be a thoroughly modern city, not everyone is born equal or given the same opportunities in life. Otherwise, how is would the police be so easily fooled that a delivery boy was responsible, while the real murderer is able to slip on by, unnoticed?

Overall this is a short but entertaining read. I read the whole book in a day, which I think was the best way due to the number of characters and time slips. It is not difficult to see why this one has been translated into English so that it may be appreciated by a wider audience.