Review: When Courage Came to Call by L.M. Fuge 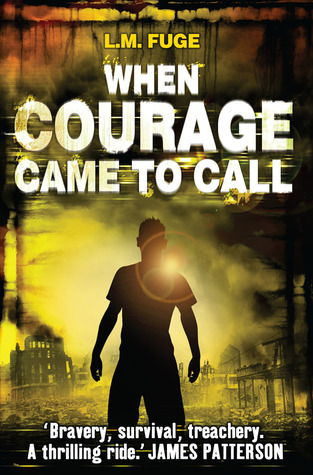 I did not enjoy this novel as much I had hoped to.

It is difficult, however, to be too critical of this one. After all, it was written when the author was just fourteen years old. Two years later, it was accepted for publication by the Australian arm of Random House. Also, it was written for other teenagers, not adults. Set on the fictional island of Zamascus, teenage Imm and his twin brother Saxon find themselves thrown into the middle of a war zone when a neighbouring nation invades their island. With their parents and every other adult they know dead, Imm and Saxon must learn to survive ... and to fight back when necessary. If the premise sounds familiar, that's because it's quite similar to John Marsden's brilliant Tomorrow When the War Began series, just with a slightly different, but pleasing, spin.

While there is plenty of action and in Imm, the author has created a conflicted character who just wants his home and his country back, not a war, there are too many elements that let this one down, chiefly, a lack of depth. There are also some lapses in logic--how can an island that does not have electricity, and described as being too small to have cars, have a three floor hospital with brightly lit corridors? Then again, it doesn't really detract too much from the story ...

This is a sincere effort that tries hard and got a lot further than many other teenage authors ever did in an era before wattpad. The author--now well and truly an adult--has gone on to have a successful career as a science writer.

This book was read as part of the Aussie Author Challenge 2018.
LM Fuge When Courage Came to Call