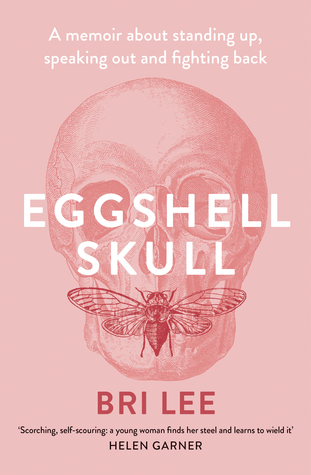 There is no getting around it. This is a confronting read. This is not a book for the faint of heart, the easily offended and despite the fact that blurb makes the subject matter clear, this book should probably contain more trigger warnings. Much of its content can and deserves to make people angry, to question our legal system and, ultimately, to find a better way.

Eggshell Skull is the memoir of Bri Lee, a young woman with a better knowledge than most of our legal system. She is the daughter of a police officer, studied law at university, worked as a judges assistant in Queensland's district court and who, eventually, faced the man who sexually assaulted her in court and secured his conviction. What happens in between is a meditation on the depressing reality that the victims of sexual assault face when the perpetrators are taken to court. The author discusses case after case that she worked on. Many of the cases were so upsetting that I found myself having to skip over them. However, they illustrate a sad point about how the victims of sex crimes are the ones put on trial, cross examined, their characters and versions of events discussed openly in court. Convictions are rare; the number of people willing to support a perpetrator and believe that they wouldn't do something like that are high.

But that is also the point.