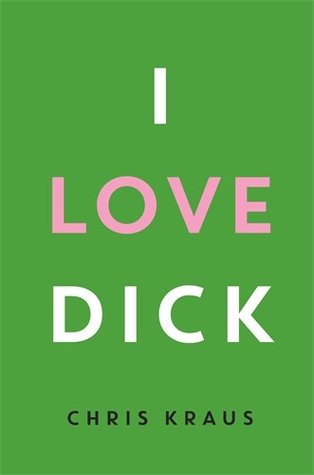 Chris Kraus' feminist novel with the unintentionally (or not) kinky title is an honest, hilarious and ultimately depressing study of infatuation and how women (and their feelings) are often cruelly dismissed by men. Part fiction, part autobiography, this story is slightly reminiscent of Anais Nin's Henry and June (though, as I said, only slightly,) as it chronicles the married authors infatuation for an academic named Dick. Although Kraus and her husband, Sylvére Lotringer, barely know Dick, after an evening out together ends with bad weather, they take up his offer to sleep on his sofabed. In the morning, when they wake, the couple discovers that Dick is gone. Chris decides that Dick has just offered them a "conceptual fuck" and is instantly smitten. From there, an infatuation is developed, during which Sylvére (a willing participant,) and Chris write love letters to Dick. Barely knowing who Dick is, Chris is able to project anything and everything on to her target, a game which, ultimately, ends badly. Interwoven within the text are Chris' thoughts on what it means to be female in the academic world and the brutal way she is treated by the men around her, including Sylvére. She is blissfully oblivious to the fact that Dick is one, not interested and two, not good for her (at one point he sleeps with her and then brands her a psychopath, clearly, he considers her good for a fuck, but not good enough for much else.) In the early stages of the novel Chris and Sylvére come across as a pair of perverse, middle-aged stalkers, later Sylvére seems to give the game up completely and Chris comes across as infatuated to the point where she is unable to obverse proper or healthy boundaries. Finally, writing to Dick seems less about sex and attraction, and more of a means of Kraus being able to express her feelings honestly.

Dick's ultimate end to the game (by which time he has, understandably, become a very unwilling participant,) is to send her a photocopy of a letter that he wrote to Sylvére, in which he deliberately misspells her name.

Although I found the novel to be uncomfortable at times, it's also the ultimate story of unrequited love and how grown adults, rather than teenagers, cope with infatuation. There is very little that Kraus does not lay bare, and it is telling of the way that women are often left (willingly) to suffer for the men that they love. Ultimately though, it's clear that her experiences help Kraus get to a point of self-realisation and she asks herself some important questions about her marriage, one that never seemed truly equal.

Random trivia: Dick was later revealed to be Dick Hebdige a US based academic from the UK. He was not a fan of the book or its publication and threatened legal action.
Chris Kraus I Love Dick