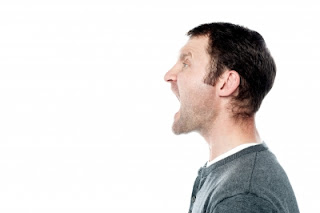 NOWHERESVILLE, AUSTRALIA--Sam Sharman, a local resident and former shopper at the Nowheresville Independent Supermarket was outraged when he was refused service one hour after the store had closed. "I knew that the doors were locked, but I could see that there were people inside," he told our reporter. "So I did what any normal person who required bread, milk and smokes at ten o'clock on a weekday evening would do, and started banging on the door. The staff very rudely ignored me. I thought that it was bloody disgusting! I mean don't they want my money?"

A spokesperson from the Nowheresville Independent Supermarket explained that the store was already open the maximum number of hours allowed for a store of their size in South Australia. "We are not allowed to continue trading after nine pm, it is as simple as that," the spokesperson explained. "State legislation requires us to close at nine pm and we are not permitted to open our doors again until midnight. Despite Mr Sharman's claims, we do not have some kind of a personal vendetta against him, or his money, however, we cannot lawfully serve him if he bangs on the doors an hour after closing time. And even if we had opened the doors, I doubt that it would have done much good, as the tills were all locked away at that point, and the only staff on hand were the cleaners."

"That's bullshit!" Mr Sharman told our reporters. "I'm a paying customer, so therefore I should get what I want, when I want it, no matter how absurd or illegal my request may be. If I go into a hardware shop and ask someone to make me a hotdog, then they can make me a fucking hotdog, none of this, 'we only sell nails here, Sir,' shit which is what I have to put up with every time I walk inside the Nowheresville Hardware Centre. And don't get me started on what happened when I walked inside the Nowheresville Library and asked if I could use some of the books and magazines from their history collection as toilet paper."

At this point, Mr Sharman stopped the interview to demand that our reporter make him a sandwich. He was promptly told to fuck off, and the interview was terminated. Mr Sharman is now seeking damages after suffering such a traumatic experience ...