April 22, 2015
Welcome back to Writers on Wednesday. This week I am chatting with prolific Australian author, Rosanne Dingli ... 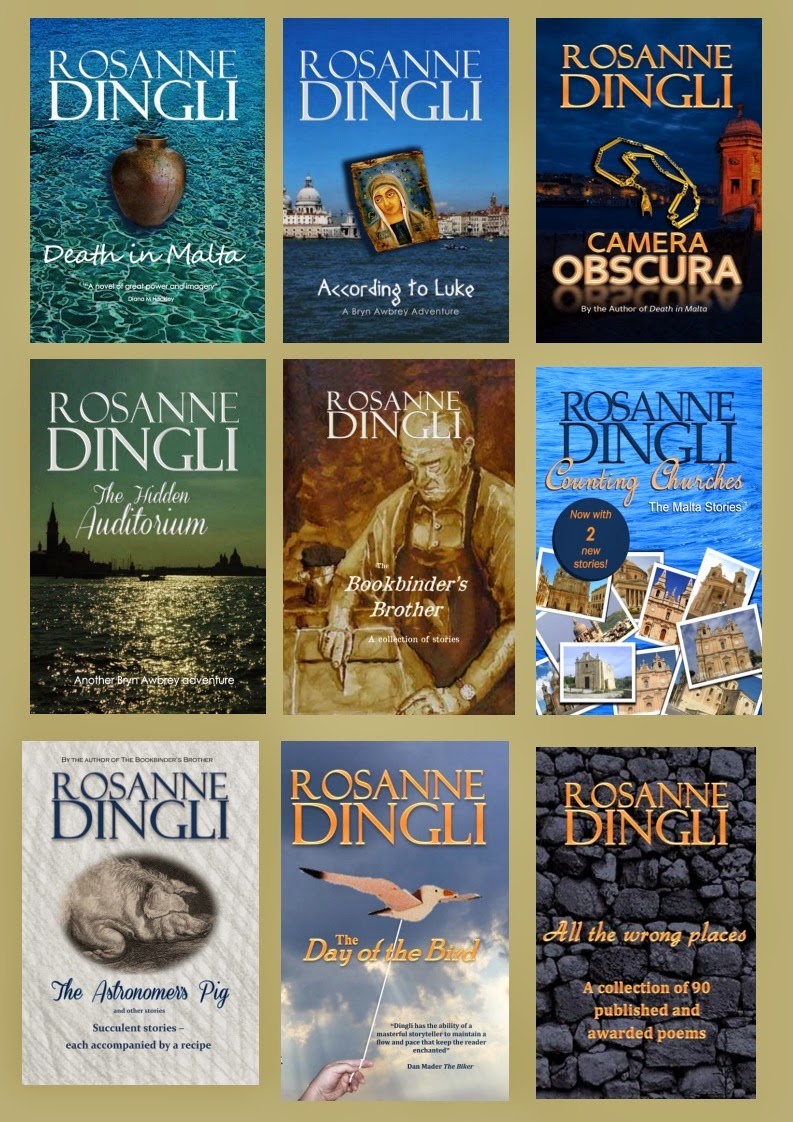 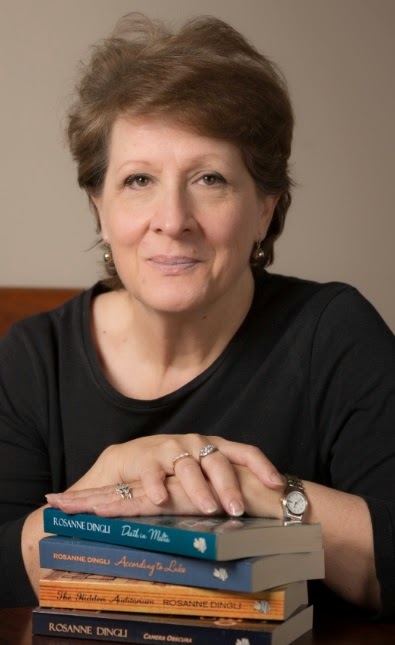 Kathryn, I’ve been writing professionally for more than 30 years, with stints as journalist, columnist, reviewer, editor-in-chief, literary editor and more, working with academic, traditional, and commercial publishers of books, magazines, and newspapers. I have also taught and lectured in Creative Writing at ECU, TAFE, and at writing organizations in Western Australia. So I can say that I understand publishing and writing, how they work, and how fast the changes have taken place – especially since 2009. I understand what new writers need, so I have facilitated a great number of workshops, and have given talks specifically aimed at emerging authors.

I am not only an author. I also edit, typeset, and format and design books for new authors. This side-line is interesting and absorbing, and I sometimes prefer the work, because it offers a more reliable income.

My first book, my collected poems, was published by a small press in 1991, and my first novel by a South Australian press, now defunct, in 2001. Publishing has never been a problem – and it’s easier than ever now to put out a book and see some satisfying results for all the hard work. What is still difficult – and I suppose this will never change – is raising awareness about the existence of one’s books. Gaining recognition for one’s name, and increasing sales, have always been the hardest tasks facing any author.

I do not really rely on book sales for an income; which is lucky, because I don’t like that kind of pressure. Still, I try to publish a book every year, because it’s much easier to provide new books for an existing fan base, than to have to seek new readers for the same few books all the time.

Tell us about your most recently published book.

The Hidden Auditorium is my fourth novel. It is a companion volume to the previous one, According to Luke. They are both cultural mystery/thrillers with a romantic aspect. They take the reader on a chase that includes art, music, history and other verifiable facts. There is mystery and real history taking place in locations that readers say are the essence and background of everything I write. I feel that location is one aspect in fiction that really grounds action and character. Luckily, I have travelled quite a lot, and most of my locations have been experienced first-hand.

Tell us about the first time you were published.

I have published many, many short pieces, such as poems, short fiction, columns, articles, reviews, essays, and so forth since 1985. My book of collected poems came out in 1991. Titled All the Wrong Places, it was launched by Literary Mouse Press – way back when eBooks were still a dream, and when it was still not the done thing to publish one’s own work. The launch was great fun, we sold a great number of books, and it seemed like an adventure at the time. Now, with the slim volume, which contains 90 poems, republished under my own imprint, I am seeing a small revival in interest.

The fact I’m still writing and publishing, and selling more books than ever before, is very gratifying. My publishers all closed their doors, including my most recent one, BeWrite Books, who took me and my first novel on when Jacobyte Books in South Australia shut their doors in 2004. BeWrite published another two of my novels. In 2009, I realized how easy it was becoming to self-publish, so I launched several of my own titles – mostly collections of awarded and published short stories – myself. The success is moderately pleasing. We all wish we could achieve more sales.
When BeWrite Books closed down in 2012, all my titles, including my novels, became my sole responsibility, and I have never looked back. My latest novel is the only one of my books that has never been in the hands of a publisher.

I have just finished my fifth novel, which is now in production, and have started my sixth. They are both departures from my usual artsy mysteries, and are both a bit of a risk – but isn’t that what we independent authors are most adept at doing … taking risks? I am writing what I love, in a style that I love.

I tend to prefer paper books, because I work on a screen all day, and the last thing I want to do is take another screen to bed with me at night. So I sleep surrounded by paperbacks – stacks of them. I hunt down cheap copies of titles by my favourite authors, and read them several times each. Pure enjoyment.

Both. Definitely both. There was a period when I was a hybrid author, with both trad-and indie published volumes, and the tandem effect made me very happy. It is the ideal situation for any author. When the time comes, I might seek another publisher willing to take on a couple of my titles.

I do not believe in “should”. It’s a very misleading and deluding word. Just as there are many character-types, many kinds of personalities, many sorts of habits, likes and dislikes, preferences and tastes, fields of endeavour and areas of expertise and knowledge, there are different books. There are appropriate books for everyone, and they are certainly not the same books, whether fiction or non-fiction. I know what I should read, perhaps, but I’m not about to suggest that everyone else should do so too. I have a set of favourite authors which I regularly suggest to other people, and a few of these are Annie Proulx, Robert Goddard, AS Byatt, John Fowles, Ian McEwan, Anita Shreve and Nicci French.

I’ve only been to Adelaide once, I’m afraid, and it’s too long ago to be relevant today, but I would love to return and give a couple of readings. I do have readers there, and a couple of fellow authors, such as Meredith Whitford. An author who writes historical fiction based in South Australia, Stephen Crabbe, knows a great deal about this fine Australian state. Perhaps he would be a fascinating choice for an interview.

Thank you so very much for inviting me to meet your readers, Kathryn – this has been good fun.