Review: Entwined With You by Sylvia Day 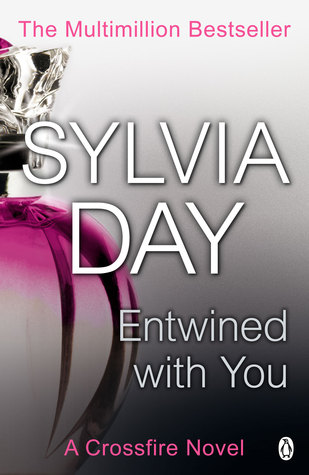 The third instalment in Sylvia Day's sexy and sophisticated Crossfire series is let down only by the fact the plot comes a very poor second to some scorching scenes. While Reflected in You left off on one hell of a cliffhanger, these events are pushed aside in favour of detailing the sexual lives of Eva Trammel and Gideon Cross. These scenes are absolutely scorching, due to the fact that the pair are forced to pretend to their family, friends and the general public that they have broken up, in order to create a cover story for some of the events that occurred toward the end of Reflected in You, so there is the added dimension of a secret relationship in there. About three quarters of the way through the novel, another event occurs that changes their relationship--for the better.

Although every bit as sexy and sophisticated as the previous novels in this series, I feel that Entwined with You was let down a bit by poor plotting and limited development in regard to Eva and Gideon's characters, though many other minor characters in the novel do seem to stretch their wings and there are a couple of interesting--and surprising--plot twists in store for some of the minor characters such as Cary, and also for each of Eva's parents. There is also an interesting interaction toward the end between Eva and Gideon's mother, which I suspect may become more important as the series continues.

Nothing terrible, but not my favourite book in the series.
Entwined With You Sylvia Day