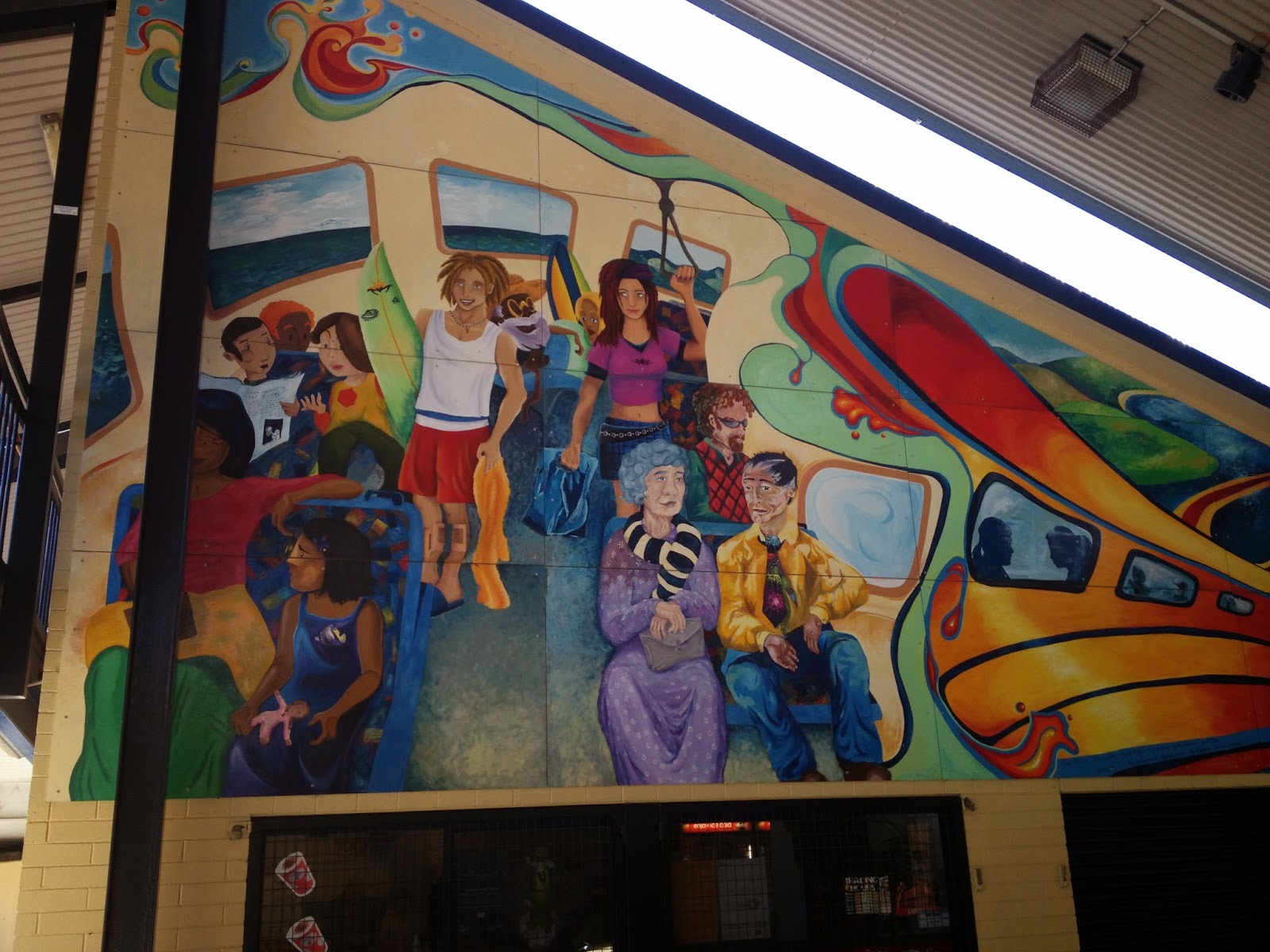 Welcome aboard! This is a train service to Noarlunga Centre ... Anyone who has travelled to or from Noarlunga Interchange by train since 2004 would have seen this colourful mural that sits atop of the kiosk. It was painted by a group of young artists and replaced an older memorial that was starting to look a little dated. The picture depicts a number of people enjoying their train ride along the southern coast of Adelaide. A number of other colourful paintings by the same artists have been placed around the interchange. At the time that the mural was unveiled, Noarlunga Centre was the final destination on the line, however, since 2013 the line runs to Seaford and is the only major Adelaide train line to be serviced by electric trains.

A tribute to the old mural remains at the station and is pictured below. (If you look close, you'll see that one of the rail cars painted by Jimmy C is an old red hen, a distinctive diesel rail car manufactured whose engines were manufactured by Rolls Royce, and whose bodies were built at locally at Islington that serviced the Adelaide railways for almost fifty years, and back in the day, was the backbone of Adelaide's public transportation system.) 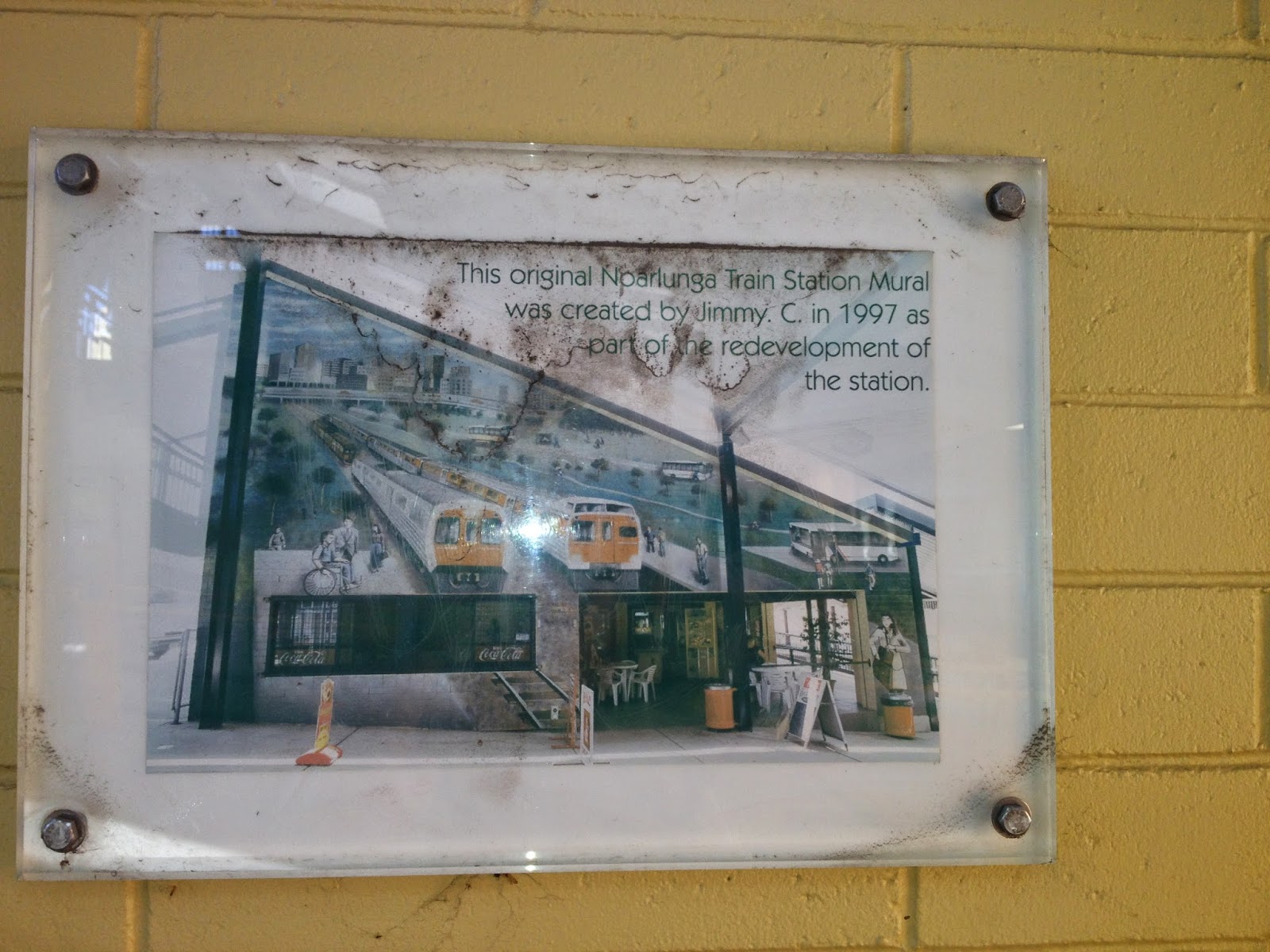