April 09, 2014
Welcome back to Writers on Wednesday. This week, Debra Borys, author of the Street Stories series steps up to answer my questions ... 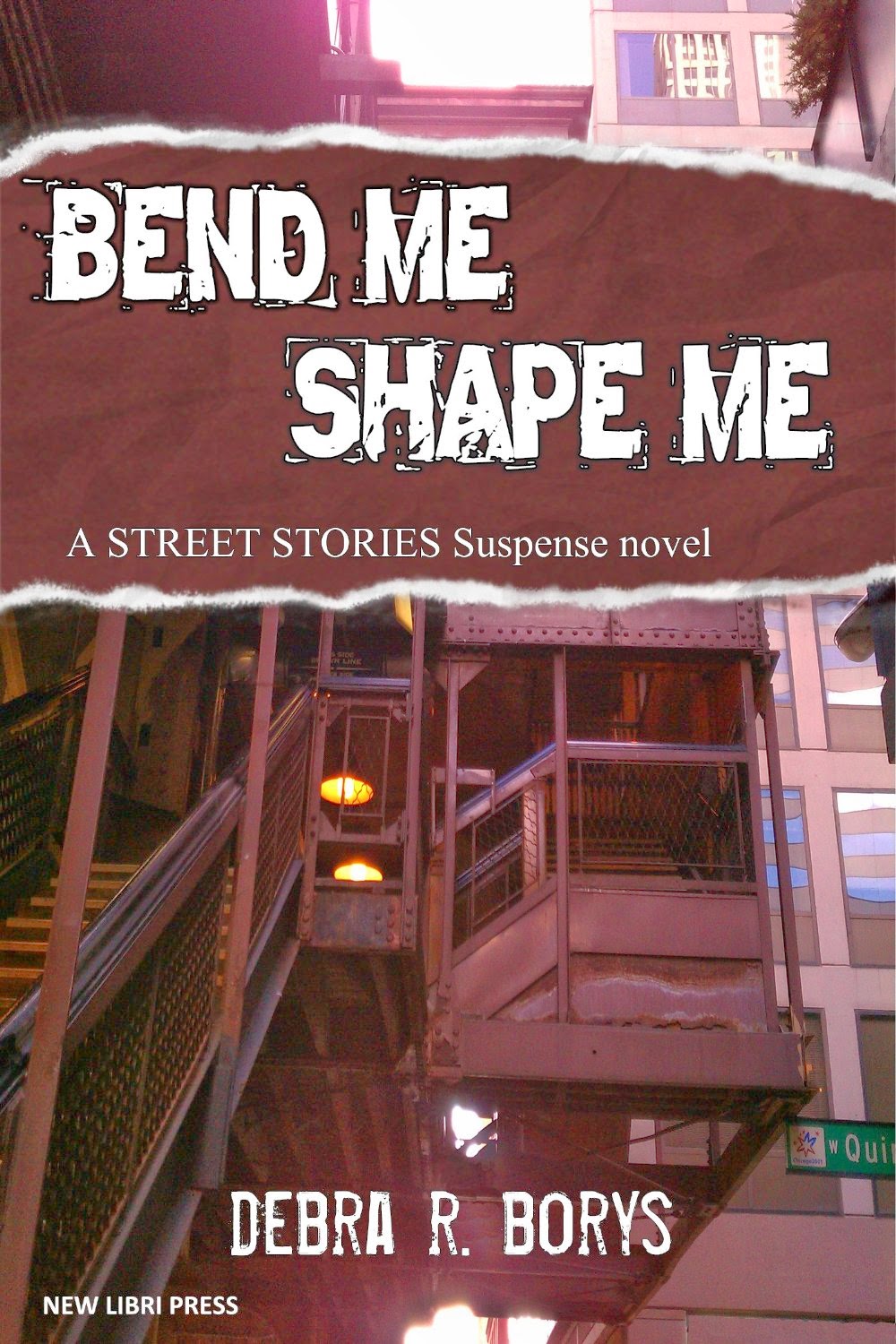 Though I grew up in a small town in the U.S. and loved it, I grew restless in my thirties--mid-life crisis, probably--and felt a calling to connect with people whose lifestyles differed from mine.  I was particularly drawn to the poor and homeless living in crowded cities.  It was so opposite of what I’d always known, so harsh, yet they seemed even more alive and tenacious and interesting than most people I knew.  So I decided to leave the isolated confines of my home county and moved to Chicago where I could volunteer with the homeless.

The switch was scary and exciting at the same time.  I found a part of me I didn’t know existed and before long I was just as at home on the late night streets handing out coffee and sandwiches to strangers as I had been in the front yard of my childhood home.

I spent twice a week volunteering with Chicago’s homeless, youth in particular, and got to know a few on a personal level that made me want to become a voice for them. That is what sparked the idea for my first Street Stories suspense novel, Painted Black, and continues to inspire me to write new stories that entertain while also revealing the reality of life for the homeless.

Bend Me, Shape Me, is the second book in the Street Stories series, and tells the story of Snow Ramirez, a bi-polar street youth convinced the psychiatrist treating her brother is instead driving him to suicide.  Of course, because of her history of mental illness, no one is willing to take Snow seriously until she approaches my series protagonist, reporter Jo Sullivan.
Snow hasn’t trusted anyone in a long time, not even herself.  She has clouded memories of something she did as a child when she visited her deceased mother’s family on the Yakama reservation in the Pacific Northwest. Not only does Jo need to find a way to prevent Snow’s brother from becoming another victim of the obsessed Dr. Levinson, but she must use her faith in Snow to help rebuild that young woman’s sense of self-worth.

I had almost given up hope of finding a publisher for the first novel, Painted Black.  I’d been working on it off and on for probably ten years.  And that wasn’t even the first book I had written.  There are at least four completed manuscripts sitting in a drawer somewhere.

I had finally decided that I needed to either add Painted Black to that drawer, or just self-publish to get the thing out of my way.  I already had a plan for Snow’s story, but couldn’t seem to let go of the first book.  Then fortune struck.  Someone I had met in a writing class a few years previously started a small publishing company with a friend of his.  When I was congratulating him about that, he asked me if I had ever done anything with the novel I’d been editing in class.  When I told him I was thinking of just publishing it myself, he asked if I would mind if they took a look at it.  Would I mind, he asked.  What a silly question.  Obviously, they liked what they read and the rest is history.

Persistence.  I am proud of never giving up, at least not for long.  That, I think, is the key component for any writer.  In this age of self-publishing, of course, you don’t have to wait years to get published like I did.  You can just upload it yourself.  But even today persistence is the key to success, because the more you write, the better you get at it.  The better you get, the more readers will love your work and beg for more.  That is the true success, not just getting published, but producing stories that entertain or enlighten or thrill a reader.

I am about 5000 words into the third Street Stories novel now, with hopes to get it published this year or early 2015 depending on my publisher’s schedule.  I don’t have a title yet, though I am toying with either Hello Goodbye or A Box Of Rain. Jo Sullivan gets involved in the lives of two street youth this time.  Booker T is a former foster kid who is trying hard to pull himself out of the poverty rut he was born into. He has managed to graduate high school and win a scholarship to a community college, but when he finds a severed head in an alley dumpster, all he’s achieved means nothing to the police who suspect him of murder.

Booker’s best friend, Shorty, is almost an exact opposite character.  He’s been tied up in gangs since he was eight years old and while he values his friendship with Booker, his loyalty to the Vice Lords always comes first and foremost.  Even if it means letting his childhood friend take the rap for something he knows the boy didn’t do.

I’m still in love with print books, but have purged all but my favourites from my library.  Most of my reading is now with eBooks.  I don’t think I’ve bought a print book since I started reading eBooks, although I have read a few that people have loaned to me. Cost is one main reason for that, since eBooks are less expensive.  I write full time now, no outside job, so I have to watch the pocket book. But also it’s just more convenient to read an eBook.  I can take all my books with me when I go somewhere and I can easily look something up or highlight and bookmark things.

I lean toward traditional publishing as a writer because I do believe that publishing houses serve as a filter, a first reader if you will, which means readers can have more confidence that my books are entertaining, well written, and with limited errors.  Of course, I’m considering small presses part of the traditional publishing model--maybe that’s not what you mean? Small presses are, I think a better market for an author than the big houses, simply because there are more of them, and they seem to care more about their catalogue and their authors.

Things are changing, however, as self-published authors learn the importance of having their work edited by a professional editor and putting out quality work rather than focusing on quantity.  But for right now it’s a bit of a slush pile out there still, and the odds of downloading something that’s not up to your standards are higher than I like.

I read Tessa’s Dance, by David Edward Walker, when I was researching Bend Me, Shape Me and really enjoy the way he immerses the reader into the world of the Yakama reservation in Washington state.  Tessa is a young girl struggling to overcome generations of oppression that she doesn’t even know are weighing her down. He has just put out a sequel to the book, also, Signal Peak.

Not all of us have the opportunity or privilege to be able to directly learn about other cultures.  Thank God for books, then.  The best books not only engage our minds and entertain us, but create a tangible world and drop us in the middle of it, comfortably living another life from the familiarity of our own homes. If you read one of my Street Stories novels, I hope when you put the book down you will feel like you yourself have been walking the streets of Chicago with me, getting to know these kids and these men and women who are fighting so hard to live good lives.