Review: The Roots of Evil by Phillip Reeve 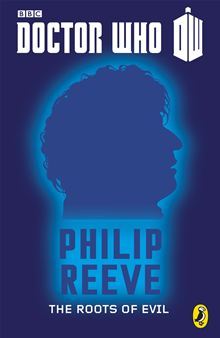 The Roots of Evil is the fourth in a year long series of eBooks released by Puffin in 2013 as a part of the 50th anniversary of Doctor Who celebrations. Each story was to feature a different incarnation of the Doctor, written by a different and well-established author of books for children and young adults. And despite catching this one rather late, I have to admit, this and the other stories prove to be one hell of a nostalgia trip for an old Whovian like myself. Consequently, I have decided to feature them all on here ...

The Doctor: The Fourth Doctor

My Review: The Fourth Doctor's outing sees himself and Leela being captured by a giant tree manufactured by a race whose entire philosophy is based around the presumption that the Doctor is bad and must be punished when they meet him again. This one was a bit lacking compared to some of the other tales, but still a fun read.

Doctor Who Phillip Reeve The Fourth Doctor The Roots of Evil