Review: Reflected in You by Sylvia Day 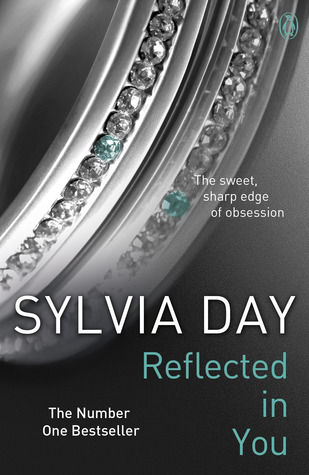 Picking up where the very adult and very, very sexy Bared to You left off, the second volume of the Crossfire series initially dazzles readers with its account of the sinful sexual lives of the rich and beautiful, before simmering into a tale of how two emotionally damaged people make their first attempts at forming a lasting relationship. Eva is nervous about her relationship with Gideon, while he is protective of her to the point of obsession--and just how far that obsession goes is very strongly at hinted toward the end of the novel.

Reflected in You is a difficult book for me to describe in much detail because until the last hundred pages or so, the novel is pretty thin on plot. Despite the fact that she can write a damn good erotic scene and with a lot more class than many of her peers, Day pleasingly puts all of that aside and pulls a couple of plot threads together to reveal a did-he/didn't he ending that suggests just how deep Gideon's need to protect Eva may be. His morality is questionable, of course, but books of this type rely on the fact that the reader does not know which side he is on until the very end. Despite the fact that is undoubtably a book that will please fans of the Crossfire series and frustrate fans of hardcore erotica, I found that it was lacking a certain element which would have made it a winner for me. Despite some dark themes, the plot felt rather shallow at times and very incidental to the story until the last hundred pages or so. More for fans than the casual reader.

Bared to You Reflected in You Sylvia Day