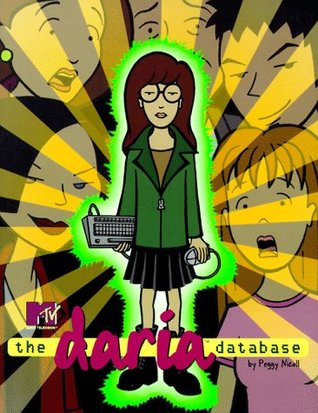 The Daria Database is the perfect companion to the brilliant MTV series Daria. The concept is pretty basic--supposedly Lawndale misfit Daria Morgandorffer has compiled a huge dossier of information about the residents of her hometown. This, of course, provide with a wonderful glimpse of many of the major and minor characters that we meet in the first season of Daria, with the additional snarky comment from Daria herself. Daria's annoying sister Quinn also features quite prominently, which is unsurprising given her uneasy relationship with Daria. I found this one secondhand and, as longtime fan of the series, I instantly snapped it up. On the whole, I was not disappointed, though I would have liked to have seen more of Tiffany, and the other members of the Fashion Club. Then again, Tiffany isn't a character who would necessarily transpire well into print, given that her main characteristics are slow speech and total ignorance about anything outside of the fashion club. Peggy Nicoll is, of course, the perfect writer for this book, given that she wrote many episodes of the series.

Parts of The Daria Database feel very dated and it gets a little dull after a while, but some of the insights into lesser known characters--such as Andrea, the gothic girl whose character was never fully developed on the TV series--are quite interesting and readable. We meet Andrea through the comic book she writes (with a slimmer version of herself as the star,) and learn that she desires to be slimmer and has a secret desire to battle with Mack. The email exchanges between Brittany and "Kevvy" are rather amusing and, as usual, Quinn is left looking very foolish.

A fun nostalgia trip if you're a fan of the series.
Daria Peggy Nicoll The Daria Database