Review: At the Wolf's Table by Rosella Postorino 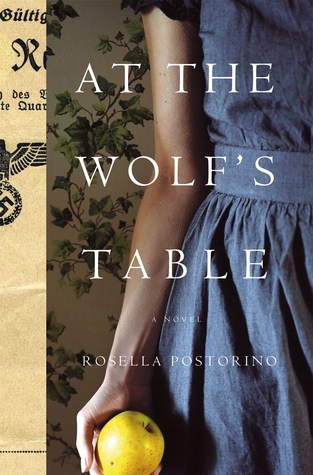 At the Wolf's Table is a well written and captivating story of survival under the darkest of circumstances. The year is 1943. Certain that someone wants to poison him, Adolph Hitler conscripts ten women to be his official food tasters. These women will be served whatever food is to be served to Hilter that. Under the watch SS officers, these women will then have to wait an hour to see if they will die. It's a cruel act of torture, particularly when food and other resources are so scarce. One of the women is Rosa Sauer, a twenty-six year old from Berlin. With her parents now deceased and her husband away fighting in the war, she has been forced to move to a small village in East Prussia with her in-laws. The locals don't like her and it is for that reason, perhaps, that she is one of the chosen ones. After all, it's easier to place someone you don't know in a dangerous situation than it is someone that has grown up in the town. As the days go on, the dynamics between the women shift and change in ways that while not always pleasant, are certainly human. As for Rosa, well as she freely admits, she has never been a good German.

As previously stated, this is a story of survival. It's an interesting account of the ways that people treat each other, and how they treat themselves, under difficult circumstances. As Rosa's time as a food-taster continues, the lines between what is moral and what one does to survive blurs in a fairly realistic way. And as is always the case in any good book set during the Second World War, it doesn't shy away from the many terrible things that were done during that time and how greatly the ordinary people of Europe suffered under Nazi rule.

Perhaps the most shocking thing of all about this story is the fact that this story is based on true events--in December 2012, ninety-five year old Margot Wölk spoke with the press about how as a young women she and others had been conscripted to become Hilter's official food tasters. She was the only one of the fifteen women chosen to survive the Second World War. (You can read the original German article here or this article English translation here.)

Originally published in Italy, At The Wolf's Table quickly became a bestseller. Now translated into English, the novel will be published by Simon and Schuster Australia and will be released in February 2019. (Find out more here.)