Review: The World According to Bob by James Bowen 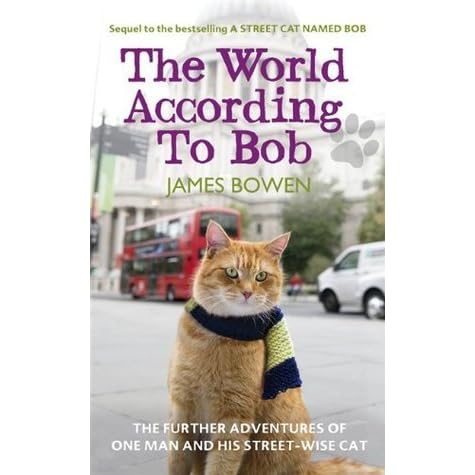 Picking up from A Street Cat Named Bob, The World According to Bob tells us a bit more about the lives of Bob, a particularly intelligent cat and his companion, busker, The Big Issue seller and recovered addict, James Bowen. Their friendship is a remarkable story, as is the way that James has and continues to turn his life around, despite the numerous challenges that he faces such as ill health, people making false allegations about him to the police and various bureaucratic matters that he has to put up with as a seller of the The Big Issue.

James owns up to his past and takes responsibility for it, which is a big part of what makes this memoir so interesting. Well, second biggest part. Obviously his friendship with Bob is the most biggest part of this book. I was also interested in reading the parts about how the first Bob book was written and published--the author had no idea how his life was going to change, or how many readers would want to hear his story.

This is a fairly quick, but an enjoyable and ultimately uplifting read.

Recommended--especially to anyone who loves cats.

James Bowen The World According to Bob