Review: The Girls by Emma Cline 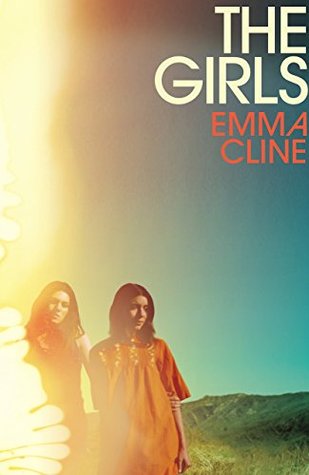 Emma Cline's debut novel The Girls is the troubling story of Evie Boyd, a bystander to a horrific crime. The year is 1969. Evie is fourteen years old, about to be packed off to boarding school and suffering both the after-effects of her parents divorce, and the desire to feel important despite her overwhelming mediocrity. When she encounters the older Suzanne and a group of girls in the park, Evie is instantly smitten, and is soon drawn into their life in a commune on the outskirts of town, where all the girls do the bidding of Russell, a charismatic, almost Manson-like figure. And though something dangerous may be brewing, Evie finds herself drawn in deeper and deeper ...

Moving through the summer of 1969, the events that lead up to a horrific mass murder are slowly told to the reader. The author has much to say about feminism, and the role of women, and very little to say at all about Russell, the cult leader who never quite seems to be fully fleshed out or formed. Instead, it's Suzanne who fills Evie's thoughts, though she never quite seems able to see who Suzanne really is. Small portions of the novel are set in present day, and it's clear that Evie has not enjoyed a successful life, instead she lives a dull existence that barely seems interesting--which almost matches her role within the cult and the murders. She's a bystander, and as a narrator, seems to offer very little about the cult that she was once a part of. There isn't a great deal of suspense, or surprises here, rather it's a coming of age tale of an angry young woman who wants to feel important, but eventually amounts to very little at all.

In all honesty, I enjoyed some parts of this novel more than others, the writing felt quite strong in places, particularly when the author was focusing on the role of girls/women and how they can often compromise themselves in order to please boys/men. Other parts of the novel reminded me of a better written and more believable version of Go Ask Alice, more likely than not because of the era in which the story is set. Ultimately, I feel this novel could have been a lot stronger if the author had focused more on Russell and his hold over 'the girls.'

Recommended to readers who want a darker coming-of-age tale.