April 27, 2016
Welcome to another great Writers on Wednesday post. This week, I am chatting with Adelaide based author Dean Mayes, whose third novel, the recipient will be released on May 1. Dean is currently the writer in residence at the South Australian Writers Centre. I thoroughly enjoyed reading this interview and I hope that you do too ... 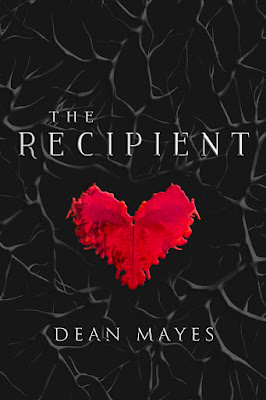 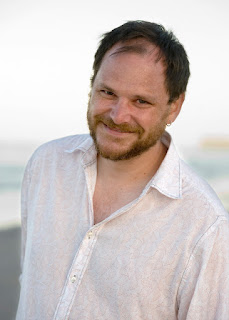 So I'm an author and Intensive Care Nurse living in Adelaide, Australia with my wife Emily, my children Xavier and Lucy and my spaniel Sam. I have a pretty full life with work with my writing commitments while juggling family, school runs and junior sports commitments but, somehow, I manage to make it all work. Oh - I'm also a massive Star Wars fan. I guess you could say that it was Star Wars that is chiefly responsible for my love of story telling.

The Recipient is my upcoming novel (out May 1st) which will be my third published novel for Central Avenue Publishing. The Recipient follows a young heart transplant recipient named Casey Schillinge who, after receiving her life saving surgery, begins to have horrible nightmares about being violently attacked and murdered. The nightmares have become so bad that they are slowly driving her mad. In desperation to learn why she is having them, Casey makes a terrifying discovery about the fate of her donor and this leads her on a desperate search for answers. The further she delves, Casey finds herself at the centre of a deadly conspiracy that will threaten her life all over again.

Set in Melbourne, Australia, The Recipient is described as a tense psychological thriller in the tradition of Girl on a Train and Dark Places.

I was discovered by my publisher who spotted my blog back in mid 2009. At the time, I had given up on the idea of ever being published but I had this story I wanted to tell so I thought why not blog it. Unexpectedly, the blog took off, attracting upwards of 3000 visitors per month who were tuning into this story of mine about a young man search for his lost love on both sides of mortality. One of those visitors to that blog was Michelle Halket of Central Avenue Publishing. She saw enough potential in my story that she signed me to an initial two year agreement and my blog eventually became my debut novel, "The Hambledown Dream".

Probably the publication of my second novel "Gifts of the Peramangk" in 2012. This was a story about an Aboriginal family living in abject poverty in Adelaide, South Australia - at the heart of which is a child prodigy in 8 year old Ruby Delfy, who has been taught to play violin by her ageing grandmother Virginia. Across two time periods - 1950's Australia and the modern day - I told this coming of age story that was part triumph over adversity and part cinderella story. I'm proud of that story because I'm not an Aboroginal Australian and I poured roughly a year of pure research into the novel. I wasn't sure how the novel would be received but it has since gone on to be my most critically acclaimed work to date. I'm very proud of that story.

I am currently engaged as the Writer in Residence at the South Australian Writer's Centre here in Adelaide which is a great opportunity for me to develop a new project called 'Walhalla' which is a return to my romantic roots. Walhalla will follow the story of a young Adelaide doctor who, in the aftermath of the collapse of his marriage, returns to his childhood home in the Victorian high country. There he reconnects with an eclectic group of people who help him to get through his grief and he encounters a childhood nemesis with whom a potential romance may develop. It's an old school romance which I have a great fondness for.

I'm not really opposed to either. For me, as a writer, they offer opportunities to access two different segments of the reading market. As a reader, ebooks offer a library of really talented writers who I might not have otherwise discovered, so I'm grateful to have both.

Well, I'm traditionally published so I'm biased I guess. However, quality indie publishing is just as valuable - especially where authors have invested time and commitment to ensuring a quality product.

Anything the fires your imagination and encourages you to read more and widely. There are so many titles out there that it would be a little arrogant of me to declare that you *must* read such and such a title. One of my favorite books is a really quirky title called "The Map That Changed The World" by Simon Winchester. It's a nonfiction account of the first geological survey map ever drawn by an amatuer geologist named William Smith back in 1802. Geology was such a nascent field of study then and it had alot of detractors - most notably religious elements who saw it as a threat to their orthodoxy. The story of William Smith has the potential to be a droll piece but Winchester tells the story with such flair and affection that it's impossible not to be captivated by it. For me, it is a perfect marriage of history and narrative story telling.

I am appreciative of those people who have supported me and championed my work both here in Adelaide and around the world. Without their support, I doubt I could have achieved as much as I have.