Review: If I Stay by Gayle Forman 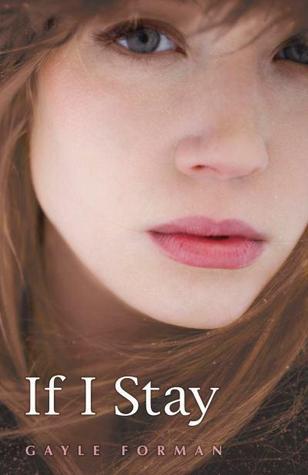 Imagine being in a place where you must choose whether you live or die. You are seventeen years old, you're facing some pretty big life choices already and your parents and brother have died in the same accident that has left you seriously injured. You watch, just outside your body as the drama unfolds. Do you choose to stay and be with the family and friends who have rallied around, knowing that things will never be the same? Or do you choose to die? That is the premise of If I Stay, a young adult novel that has barely fallen off the best seller lists since it was first published in 2009 and later became a feature film.

The appeal of the book is obvious--If I Stay is about choices, and the choice between life and death is a metaphor for other choices that we must make as we go through life, and the heroine seems very adult for a teenager. We also see through flashbacks the choices that Mia's parents made, and the choices that she faces in her relationship with Adam, a young man who, at first glance, seems like her complete opposite. The flashbacks often feel like a metaphor for the experiences and feelings that Mia has as she watches her own body. The fact that the book had come with so much hype made it difficult for me to read this short and (at times) morbid novel, and there were some cringeworthy moments that were difficult to read (Adam and Mia playing each other like musical instruments,) and I felt that it could have had more depth. That said, If I Stay does everything that it sets out to and tells an interesting story about choices, and includes a slew of carefully selected musical references.

Recommended, though you've probably read it already.
Gayle Forman If I Stay