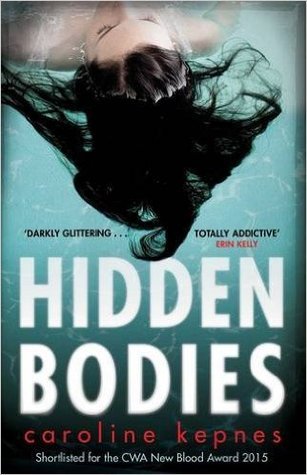 Author Caroline Kepnes follows on her deliciously terrifying stalker tale YOU with Hidden Bodies a black comedy that follows psychopath Joe Goldberg from New York to a terrifically shallow version of Los Angeles. In LA Joe meets his newest obsession, Love, but not before he leaves a string of dead bodies behind him.


The novel opens with a shift in narrative (first person instead of the iconic second person narrative that we saw in YOU,) and has Joe romancing (or so he thinks) the crazy and somewhat unhinged Amy. That all comes unstuck when Amy wrongs Joe, and he follows her to LA with the intent of teaching her a lesson, but then he, quite literally, finds Love, instead. As quirky as Bek and Amy, Love comes from a wealthy family and lives a somewhat privileged existence, along with her bitter twin brother, Forty. In many respects, Love feels like the selfish and deep thinking Joe's opposite, but she could also be his perfect match.

Most of the story reads like a amusing take on Hollywood, and there is not quite as much tension, or intensity, as the novel's predecessor. I found my interest shifting--the novel gets off to a strong start and the prose is addictive, but the story goes downhill and seems to drag after Joe moves to LA, picking up again only in the final parts of the novel. Joe, of course, is a character who is able to justify every disgusting act that he has committed. He is, after all, a narcissist who considers himself to be an avenging angel, rather than a serial killer. The fact that this left me, as a reader, cheering for him (when in real life I would find such a person disgusting,) showcases Kepnes talent as an author.