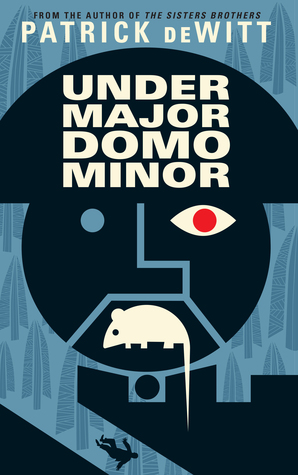 Patrick DeWitt's latest novel is a trifle dark, a trifle funny, a trifle profane and a trifle pretentious. Which should tell you everything, and nothing at all, about this book.

A gothic coming of age tale, Undermajordomo Minor tells the story of Lucy, a misfit in his home and his town, who travels some distance away to take up a somewhat underwhelming position at a run down castle and finds himself surrounded by some dysfunctional people and some rather peculiar situations. And somehow, in between the clever prose and dark comedy, the author manages to tell a coming-of-age story of a young man away from home for the first time and his love for a young woman named Klara.

And that's really it.

Readers will need to be in a certain mood to appreciate this one--I think anyone who catches on to the humour will love it, whilst others will probably be left starting at this one and wondering what the fuck it is that they have just read. Anyway, I discovered this one a few months back at Adelaide Writers' Week after catching the second half of DeWitt's session. The book was about what I expected it to be, which was as enjoyable as it was irritating.