Q&A: Sean Williams, author of Twinmaker (and many other great novels!) 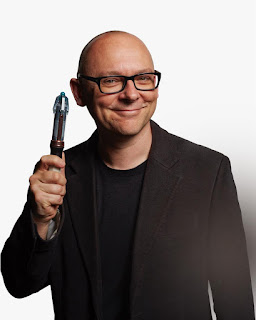 Congratulations on the publication of Hollowgirl (or Fall as it is known in Australia). Can you tell us readers a little bit about what to expect from this, the third and final novel in the Twinmaker trilogy?

Thanks, Kathryn. I’m hugely excited to have reached the end of this series--not because I’m over it, but because the ending was one I’d been looking forward to writing for years. Fall brings together a lot of threads left dangling for a long time, at least one of them from the opening of book one, Jump. (To whit: not until this book do we meet the real Libby.) Generally, I like to know where a story finishes before I start, so I’ve always known that this book would contain the all-stops- out fun of copied people, artificial reality, and rampaging AIs. Plus friends reunited, tragic love stories, and the end of the world averted once and for all. It’s a humongous ending, as befits the most ambitious series I’ve ever written. That Fall has been getting such great reviews is a huge relief. Even if the journey is fun, you really want to arrive somewhere satisfying. 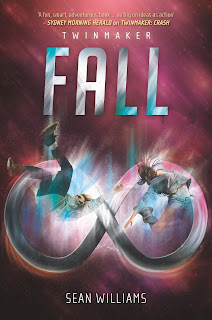 How long did it take you to write the Twinmaker trilogy, and what inspired the books?

I’ve always loved the humble teleporter, which was invented in 1877 and made famous by “Beam me up, Scotty” in the 1960s, but is largely forgotten by science fiction writers these days. As a device, it’s so much more versatile than a rocket or a raygun, I reckon, and you can use it to create massively powerful metaphors for the human condition. If someone copied me in one of these machines, which one would be the real me? If anything can be copied, would the original Mona Lisa retail any value? If we can be reduced down to data and back again without feeling any different, what does that say about the existence of the soul? And so on.

I’ve been pondering these questions for years. My first (unpublished) short story addressed some of them. My second novel, The Resurrected Man, took them even further. Ever since that book came out in 1998 I wanted to do more, but the idea of combining urban myths with the beauty myth didn’t come to me until six or so years ago. I guess it was around then that the series started to take shape, although the actual writing took three and half years, all up. As well as the three books, there are about forty bonus short stories set in the same universe. It’s a hard idea to let go of, once you get a grip on it.

As a reader, the situation that intrigued me the most is the unlikely friendship between Clair and Q—which brings me to the shocking, but very believable twist at the end of the first book. Was it difficult ‘killing’ Q off, even temporarily?

Oh yeah, and a difficult thing to do to readers as well. Q was very popular. A book largely without her (not obviously, anyway) was always going to be difficult to pull off. Thankfully I had Devin to take her place in Crash. Clair’s friendship with this prickly character is another unlikely one, and what happens to him at the end of that book is designed to be equally shocking.

Sorry about that, by the way. Cliff-hangers suck. But at least the whole series is out now, so that problem has gone away for new readers.

I like to think that if you go back and read Crash a second time, this time knowing where Q actually is, you won’t miss her anymore because she’s hidden on just about every page.

Something that really appealed to me about the series was its take on future technology—in particular the d-mat. If you had your own d-mat, where would you travel to and why?

I’ve discovered that there are people out there who would never, ever use d-mat, and I can see why not. After all, being stripped back to nothing and then built up again from scratch, by machines over which you have little personal control, does sound pretty dangerous. Is it as dangerous as a car, though? Hundreds of thousands of people die in traffic accidents every year, yet we still drive everywhere. Some people (like the Abstainers in the series) will never take the chance. But I would.
Where would I go? Everywhere! Probably Antarctica, first of all, then to visit my editors in New York (I had two). They made this series what it is. I figure I owe them a drink.

Do you have any advice for aspiring writers?

Lots! I have a list of 10.5 commandments that I keep for just this occasion. :-) Basically, though, it all boils down to writing what you love most. Don’t worry about what anyone tells you to write. Follow your gut and make it up as you go along. Worry about editing and the market after it’s done. There’s only one of you, but there are lots of readers. If you can find a way to connect with them, you’ll be set.

Sorry for (spoiler alert) destroying our home again. I do love it here. I’ve lived here most of my life, and I have no plans to live permanently anywhere else. But I do keep destroying it in my stories (such as this early one). It’s nothing personal, honest!