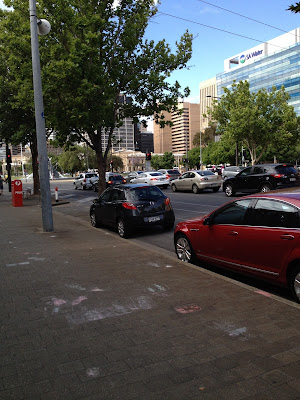 Every year in Adelaide, in the days following the Christmas Pageant, the road and pavements are covered randomly with these colourful creations. As they wait for the Pageant to begin, the children are supplied with chalk and are given a free run to decorate the local roads and pavements. It's a great way to relieve boredom and to make the city colourful in the lead up to Christmas!