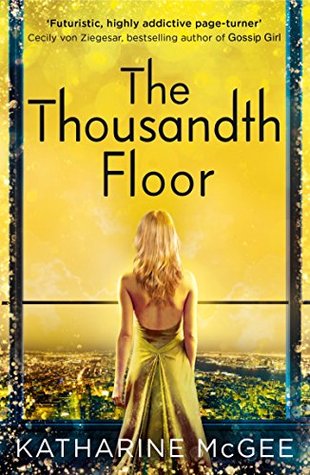 The first instalment of American author Katharine McGee's futuristic Thousandth Floor trilogy opens with a young woman falling from an apartment block one thousand floors high. We know nothing of her, apart from the fact that she is young, female, at a party and she deeply regrets speaking with someone only referred to as 'him.' From there, the plot takes a step back in time to two months earlier (but don't worry, this book is set in 2118 so we're still well into the future,) and begins to depict the lives of several teens. There is Avery, a genetically designed beauty, whose combination of wealth, looks and sweet personality mean that she could have anything--except for the boy she truly loves. Her best friend is Leda, a slightly bitter young woman who has been cruelly let down by the boy she loves, and whose anger soon becomes an obsession. The third member of their group is Eris, equally as kind as Avery, but whose life takes a dramatic twist when her parents separate and she finds herself living in greatly reduced circumstances. Then there is Rylin, an impoverished teen whose romance with a rich kid may be her salvation, or her downfall. And finally, there is Watt, whose invention is not only illegal, but is something that could do irreparable harm to a number of people.

A little depressing in places, though thoroughly entertaining, the author kept me guessing right until the end which one of these teens would fall--and who would be responsible. In many ways, this feels like a futuristic, speculative fiction version of something akin to Sweet Valley High with plenty of rich kids, frenemies and gossip--and I love it. Who says that speculative fiction cannot have some light and bubbly moments?

On the whole, this one is an entertaining read, packed with entertaining characters and an absorbing mystery.