Review: Daisy Jones and the Six by Taylor Jenkins Reid 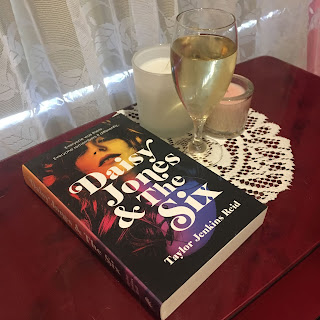 Everyone was there. Everyone remembers it differently. That's the premise of Daisy Jones and the Six, a fictional biography of a band who hit the big time in the 1970s and then broke up for reasons that have remained a secret. Until now.

Written as a series of time-ordered interviews, intended to sound a little like something out of Rolling Stone magazine this one is a light read.

While it Daisy Jones and the Six certainly had a lot of readers offering up positive reviews since it was released last year, I am sorry to report that I cannot share their enthusiasm. For me, this one was mildly entertaining, but perhaps not as clever or as insightful as I had been led to believe, or, perhaps, I as I had led myself to believe.