Review: The Rules of Seeing by Joe Heap 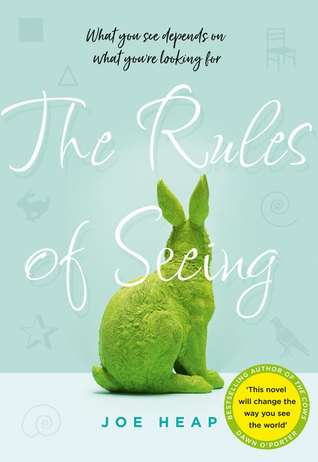 Nova is in her early thirties. She possesses extreme intelligence, an ability to speak many different languages and she has a good job with the police force. She also happens to be visually impaired. When she undergoes surgery to correct her eyesight, Nova suddenly finds herself in a world where the things that she knew no longer make sense. There is one beacon of hope, though, her friendship with Kate. However, there is one thing that may threaten to end their new friendship, for good.

I purchased my copy of The Rules of Seeing after seeing it advertised on facebook by it's Australian publisher, the local division of HarperCollins. I was intrigued by the premise of an extremely intelligent woman in her early thirties learning to see for the first time, and, quite honestly, parts of that story are delivered well--Nova's confusion with depth perception, every day objects and wanting to go back to the way things were before her operation all seemed very plausible. The rules of seeing that she created as she went along were quite interesting to read. What was handled less well, and (unfortunately) turned this novel from a competent, well told story into mass market trash was Kate. Or maybe I'm being a bit harsh here. Kate was quite a sympathetic character. She's an architect stuck in an abusive relationship that she doesn't want to admit is abusive thanks to her partner's gaslighting, and has support from no one until Nova unexpectedly comes along and the pair find their relationship developing into something more. And it would have been compelling if Tony's antics had of been handled well. Tony plays out like the stereotypical abuser, absent when the plot requires him to be, and there and ready to pounce just as Nova and Kate's relationship seems to be going well. I also found it a little surprising that Kate was able to slip so easily into a same sex relationship despite there being no foreshadowing that she may be bisexual and with little thought to her sexual identity.

Overall, this is a book with a great premise and some great moments that is let down by some clumsy handling of the subject matter.

Joe Heap The Rules of Seeing