Review: The Dangers of Truffle Hunting by Sunni Overend 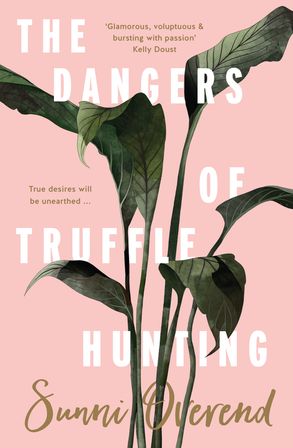 Easily the best debut I've read in a long time by an Australian author, The Dangers of Truffle Hunting celebrates what it truly means for a woman to be true to herself.

Kit Gossard is a photographer with an eye for the fun and messy parts of life. Employed as a food photographer for an upmarket magazine, she finds herself wanting to take pictures of food that is well, being enjoyed, rather than the staid and highly stylised photographs that we so often see in magazines and cookbooks. This finds her at odds with the staff at the magazine, and also with her fiancé, metrosexual Scott who is making a name for himself designing furniture. Scott is, quite frankly, a bit of an arse, but Kit cannot see that. Life starts to get a bit more messy and interesting, however, when Kit meets Raph, an attractive foreigner who shares her approach to life. But there may be more than one thing that is keeping this pair of star crossed lovers apart ...

This book was a real treat for the senses. I utterly hated Scott and found joy in the scenes where Kit trusted her own instincts, despite his uptight approach to life and to their relationship. I loved some of the scenes set in the cooking school and a certain female character who lives there who I won't talk much about for fear of giving away too much of the plot. Marc and Piper proved an interesting story that works quite nicely in the background.

I love this for the fact that much like Kit Gossard, the author stayed true to herself and wrote a story that was fitting and unique, rather than trying to tick all of the boxes that would satisfy the requirements of a contemporary romance novel. Much of the sensuality comes from the element of surprise that is to be found in the novel, and the writing itself is always steamy, rather than graphic.