Review: The Case Against Fragrance by Kate Grenville 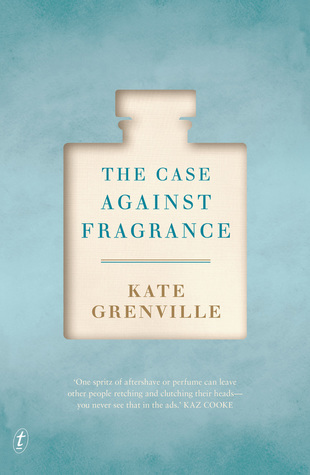 While author Kate Grenville (best known for her novel The Secret River*,) was on a book tour, she became dogged by ill health. Her headaches seemed to have one common element--they happened every time that she was exposed to any kind of fragrance, whether it be from perfume, an air freshener or something else. She decided to investigate what was in fragrance. The result is The Case Against Fragrance a short, non-fiction work that examines what is in fragrance, how is it regulated in Australia and why are we all so hung up on something that might be bad for us?

The possibility that fragrance might pose a threat to some individuals is something that I have been aware of since I was in my teens. What I was unaware of is just how widespread that threat may be. Certainly, in The Case Against Fragrance Grenville points out some unpleasant realities--that what we find in the chemicals that are used to create fragrance are many, many times more potent than anything that we find in nature, and that some fragrances may be carcinogenic. And if the author's goal is to stop and make readers think about what they are applying to their body, then her argument is compelling. (And that something I might dab on in the morning in small quantities could cause suffering to another person made me pause. Was I as ignorant as someone who lit a cigarette in front of an asthmatic?) The prose is easy to read, and Grenville never bogs the reader down in scientific language.

If you've ever questioned what is in that bottle of perfume or after shave (or even if you haven't,) this one poses an interesting argument.