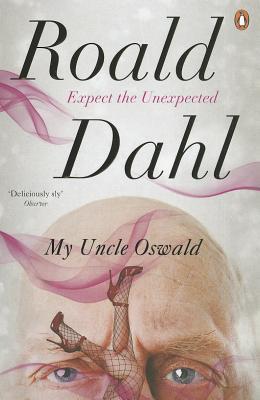 Roald Dahl's only full length adult novel reads like an old man telling an extended dirty joke to a captive audience of young men. It's crude, it's sexist, it's completely over the top and it never takes itself too seriously. The novel is made up from a memoir written by Uncle Oswald, and published by his unnamed nephew some many years after his death. The novel details two thoroughly debauched money making schemes that Uncle Oswald came up with as a young man. The first was the creation of a pill that had extreme aphrodisiac qualities, and the second was to ahem, steal the semen of various rich, famous and influential men and then sell it on to any woman who fancied the idea of having a child by one of these men.

My Uncle Oswald is not a novel for the faint of heart. It's about as politically incorrect as you can get, quite deliberately in some places, but also full of the kind of unconscious racism and sexism that perpetuated the upper middle classes in the United Kingdom (and other parts of the world,) during Dahl's lifetime. However, the greatest problem with this novel is that after a few chapters it stops being funny. The plot is repetitive, more so than Dahl's many novel's for children. The author's trademark sting in the tale, where no act of greed goes unpunished, is pleasingly present.

I'd recommend this one to adult fans of Roald Dahl. Readers who are unfamiliar with the author would probably get more from his short stories, or his books for children.
My Uncle Oswald Roald Dahl