Review: The Girl From Venice by Martin Cruz Smith 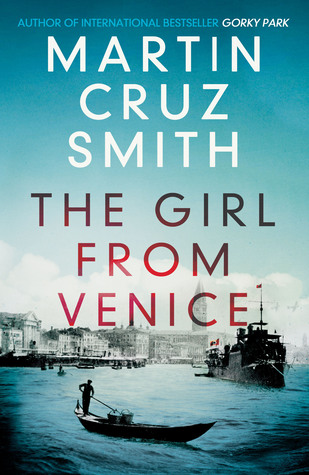 The Girl From Venice may be the first book that I have ever read by best-selling author Martin Cruz Smith, but I am absolutely certain that it will not be the last. I was pleasantly surprised by just how caught up I became in this story of a fisherman who finds a young Jewish girl in Italy in the final days of World War Two. From there begins a fantastic story of two people who beat the odds, fall in love and find themselves in the midst of a nation in crisis. (After all, Italy has picked the losing side, none of it's people are happy about it, and it's dictator is no long a popular man.) The author cleverly shows the difference between the people and their government, and the uglier side of human nature, where everyone does what they can to survive with little thought to morality or personal accountability. (Excluding, of course, our lead characters--but that would not make for such an interesting story.)

Cenzo is the middle of three brothers, and man with a grudge--his older and more charismatic brother, Giorgio, who also happens to be a film star, and an influential army officer stole his wife away. (Gina was later killed in an air raid.) He also has reason to suspect that his younger brother Hugo died whilst trying to drown Giorgio for (surprise, surprise,) seducing his wife. Anyway, Giorgio comes to Cenzo's aid when Giulia, the Jewish girl who Cenzo finds and becomes responsible for, goes missing, but the question is can Cenzo trust Giorgio, and can outsmart the cast of odd and self-serving people that he meets along the way?

The pacing is a little laid back, which I loved, though I am aware that readers who are used to nail-biting suspense and fast paced thrills may find this one a little difficult. I loved the setting, and the juxtaposition of such a beautiful part of the world being subject to such brutality. (And, dare I say, foolishness.)

Thank you to Simon and Schuster Australia for my ARC.
Martin Cruz Smith The Girl From Venice