Past and Present: How the Lives of One Generation Shape the Next in Anna Romer's Beyond the Orchard.

Past and Present: How the Lives of One Generation Shape the Next in Anna Romer's Beyond the Orchard. 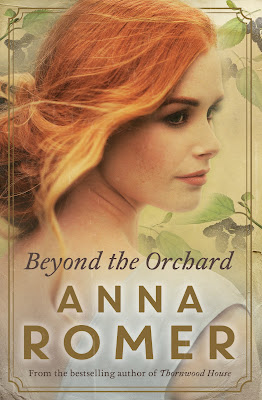 When I first started collecting ideas for Beyond the Orchard, all I had was a location – a clifftop guesthouse along the great Ocean Road in Victoria – and the idea of someone guarding a terrible secret. But as the story began to unfold, I realised that the secret keeper, Edwin Briar, would cast his shadow over just about every other character in the novel. His actions would link the central mystery to the next generation and beyond.

I've always been drawn to ‘sins of the father’ type stories, where someone's mistakes ripple outwards and affect everyone connected to them, often in devastating ways. Beyond the Orchard is very much a tale about the choices we make, and how even the best intentions can lead to heartbreak.
Edwin is a quiet, bookish man who's now in his nineties. He hides away in his rundown old guesthouse, tormented by a life he bitterly regrets. Knowing that his last days are approaching, he revisits the past in his mind, brooding over the loved ones he’s lost. He’s haunted by the idea that if he’d made better choices, been less swayed by others, then his life would have turned out quite differently. But actions are the outward manifestation of a person’s inner world. Edwin always did what he believed was for the best; he always thought his actions justified. So even if he could have relived his time over, perhaps his driving emotions would have forced him along the same path as before.

I always find myself returning to the theme of past crimes bubbling up to the surface many years later. In Beyond the Orchard, those ‘crimes’ were mostly committed with good intent. Some may not seem to be crimes at all. When Edwin and his wife Clarice welcome young Orah into their home, they want only to give her the best life possible. They love her and believe they are doing the right thing. How can they know that their kindly intentions will lead to a decision with consequences that will ripple through the next two generations?

The main character in Beyond the Orchard is Lucy Briar, Edwin's granddaughter. Like Edwin, Lucy is haunted by her past. A small lie she told as a child had tragic repercussions, and she blames herself for her mother’s death. As a result, she's spent much of her life running away from conflict with others. Her father, Ron, turned to alcohol when Lucy's mother died, and abandoned Lucy into the care of her aloof and reclusive grandfather, Edwin. Ron always resented Edwin for being an uncaring father; for being obsessed with ghosts from the past while neglecting his flesh-and-blood family. Yet Ron's abandonment of 10-year-old Lucy echoes his own father’s ‘abandonment’ of him.

Each of the present-day characters – Lucy, Ron, even Lucy's mother – are all, in their different ways, profoundly affected by the choices Edwin made us a much younger man. Linking the generations together in this way is like piecing together a patchwork quilt; sometimes it takes a lot of shuffling around to get the squares into the right order – an order that’s pleasing and logical and enhances the overall nature of the quilt. Finding that elusive ‘click-point’ – where the story settles into its own rhythm and pace – can take months or work. Yet for me, the task of creating convoluted emotional burdens and scars for my characters is one of the highpoints of writing a novel. (I know. Mean, aren’t I?)

One generation shaping the next is a powerful theme, I think because we can all relate to it; all of us are, in some way, products of the generation who came before us. As a story theme, it provides an endless source of conflict – and also, endless fun for the writer who, like me, enjoys exploring the complex relationships of characters overshadowed by the past.
Anna Romer Beyond the Orchard