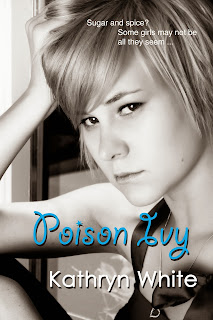 In February 2015 I released a book titled Poison Ivy. One of the key players in this book is Henry, an aspiring speculative fiction author who becomes upset when his girlfriend's younger sister posts a one-star review of his debut novel on a (fictional) book review site. Ivy's reasons for posting the review are complex, and not all of them noble, but one thing she never expects is for Henry to force his way inside her flat at night and demand that she take the review down. Henry's reaction is, and always was, intended to be immature and over-the-top. As was Ivy's revenge, most of which was encouraged by her toxic best friend Daphne.


Unfortunately, since I penned the first draft of Poison Ivy in early 2014 I have learned of a few instances where Henry's reaction seems somewhat tame compared to reality. In October 2014 author Kathleen Hale used deceptive means to obtain the address of one of her harshest online critics and actually showed up at her house, though she went short of confronting the critic face-to-face. Even more shocking is the story of Richard Brittain, an author who not only tracked down one of his critics, but who snuck up behind her at her workplace and hit her over the head with a bottle. It is difficult to understand why, when authors who do not find themselves on the receiving end of criticism are in the minority, both Hale and Brittain would react in such an obsessive, over the top fashion.

And yet, when I see criticism of my own work, even if I do not understand or condone their actions, I can understand why they might feel hurt.


We live in an age where everything is instant. If we want to talk about anything, we can jump online and sure enough we will eventually encounter someone that agrees with us. (Along with a few who will disagree.) We are free to express ourselves, tell it like it is (at least, according to us,) and then, when we're done we can turn the computer, phone or tablet off and do something else.

When I write a review what is said about the book is never intended as a personal criticism of its author. Yet, paradoxically, when it is read by the author it can, and often is, taken extremely personally. I know from my own experience that it is hard not to hurt when I've spent a year or more working on something and suddenly, it is being critiqued by a complete stranger who, for reasons that are their own and therefore are perfectly valid, does not like it. There is, of course, a wide range of how people choose to express their thoughts on the book. Some stick to facts, some offer constructive criticism, some are condescending and full of backhanded compliments, some like to express their anger and some include a whole lot of hyperbole. Then there are the ones written by people who knew after the first few pages that they hated the book, but felt as though they were coerced somehow into reading it and then writing a review. But one the whole, those critics readers who feel that my book did not make the grade and they are entitled to an opinion.

Reading negative reviews usually just leaves me feeling depressed and, on a bad day, completely worthless, which can then pave the way forward for a sneaky hate spiral where I end up wondering where it all went wrong and if, perhaps, I would not have been better off having never picked up a pencil on my first day of school and learned to write all of the letters in the alphabet. And when I stop and think about that, I sincerely doubt that is what anyone intended when they stated what they did not enjoy about one of my books.

One of the rules of being an author is not to respond to negative reviews. Ever. One thing I personally have struggled with is not so much the urge to respond, but finding that inner strength to just stop reading and analysing the words of that particular critic. And I think that may be the crux of what caused Hale and Brittain's problems--for one reason or another, neither could move on, which lead to the unhealthy and obsessive behaviour. In Brittain's case, this lead to someone being physically harmed.

Sometimes, I guess, reality can be even more shocking than fiction.