May 06, 2016
Welcome to stop number three on the Other Side of the Season blog tour. I have enjoyed the previous two stops and I hope that you have as well. (If you haven't visited the other blogs, all links are at the bottom of this post.) Today, Jenn J. McLeod author of The Other Side of the Season, stops by to talk about the artistic influence in her latest novel. I loved this post and I think that you will too ~ Kathryn. 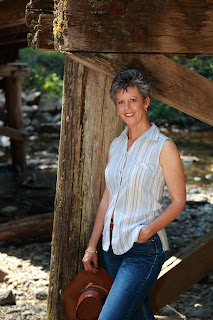 The question I’m asked the most is: Where do I get my story ideas? Pinpointing a moment, when that one kernel plants itself and grows in my mind, is not always easy. I can tell you The Other Side of the Season was the result of several seeds that for while all sprouted in different directions, a bit like an uncontrollable vine. One tendril wrapped itself tight around me, though, and wouldn’t let go, so I titled a new manuscript Seasons in Watercolour and, if that’s not a big enough hint as to the theme, I named my small town Watercolour Cove.

The art concept came about during a walk with my dad along the Nambucca Breakwall with its ‘accidental art gallery’ painted against a backdrop of the Pacific Ocean.

The minute I arrived home I banged out a story outline about a seventeen-year-old character—a budding artist—who back in 1979 spends too much time at the breakwall daydreaming about becoming the next Pro Hart (the real-life Broken Hill miner-turned-artist, considered Australia’s father of outback painting). When he isn’t drawing, David is skiving off with the teasing and tantalisingly pretty Tilly from the neighbouring property. His older brother, Matthew, has no time for such infatuations. His future is on the land and he plans to take over the family plantation.

Life is simple on top of the mountain for David, Matthew and Tilly until the 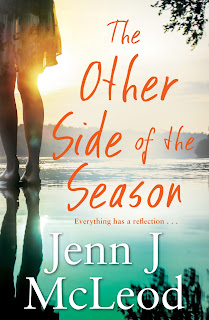 winter of 1979 when tragedy strikes, starting a chain reaction that will ruin lives for years to come. Those who can, escape the Greenhill plantation. One stays—trapped on the mountain and haunted by memories and lost dreams. That is until the arrival of a curious young woman, named Sidney, whose love of family shows everyone the truth can heal, what’s wrong can be righted, the lost can be found, and there’s another side to every story.

Using Pro Hart in my outline had been a dreadful mistake, however, as his name immediately conjured up memories of the old carpet cleaner commercial: ‘OH MISTA HART! WHATTA MESS?’ (You’d have to be my gen to remember that!) While I did keep the Pro Hart reference in the book, to clear that annoying advertising earworm I had to find a more contemporary artistic inspiration. I knew I wanted something poignant and evocative—an artistic approach that would fit with my female lead (who, by the way, has turned out to be my most challenging character yet, with her growth very much tied to how she sees herself—then and now—and how others have judged her.)

I remember being taught about ‘the rule of reflection’ at school and the ‘reflective’ theme worked on so many other levels that when my artist character is commissioned to create an installation for the town centre, I searched for artists working with reflections: photographers like this, painters like Alex Alemany, sculptors like environmental artist, Rob Mullholland. I couldn’t decide which way to go so I made my character brilliant at everything!!!!!

But I felt such a connection to Rob Mullholland’s ethereal and ‘reflective’ pieces. (Plus the guy has an installation titled The Four Seasons that “speaks of journeys and homecomings and reconnecting to our ancestral roots”! That’s my small town stories in a nutshell, so it was obviously meant to be.) You can find this and more on Rob’s Facebook page.  And more about his work here.

I also found an Aussie artist inspiring me. I found Richard Claremont and his Remembered Landscapes on Facebook and his Night of the Carnival pieces were so impacting I was taken back to a time when I was a wild spirit in 1979, much like young Tilly. (You can see his amazing work on Richard's website.)

The second story idea for this novel sprouted from a local newspaper article I read several years ago, about a third generation banana plantation family. The ‘lovely bunch of brothers’, now in their seventies, were about to hang up their last banana hand and sell their land. With the Coffs Harbour landmark likely become a residential property developer’s dream, I wondered about the emotions attached to letting go of something they’d worked for so long. Soon I found myself imagining life for the brothers three decades ago—young men working the steep, snake-infested slopes of a Coffs Coast banana plantation. My work of fiction was growing.

I knew then, if I could pull together the Nambucca breakwall and the Coffs banana plantation to make a small seaside town, I’d have a big story to tell.

The Other Side of the Season, with its dual time period and multiple point of view, has been the most challenging and the most rewarding novel to date. I hope readers love it as much as I do.


Connect with Jenn on Facebook www.facebook.com/jennjmcleod.books and Twitter @jennjmcleod or join in the discussion at Readers of Jenn J McLeod Facebook group (no cat memes allowed!)

Enjoyed this post? Don't forget to visit all of the other stops and wonderful blogs taking part in The Other Side of The Season Blog Tour. 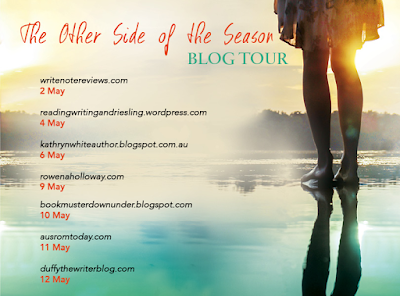