Review: We of the Never-Never by Mrs Aeneas Gunn 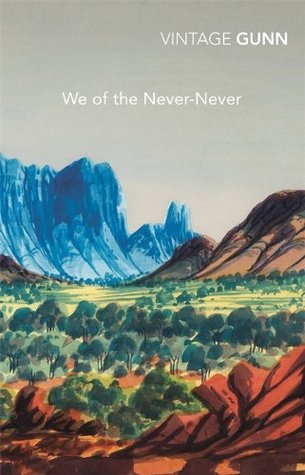 In 1902 a Melbourne schoolteacher, Jeannie Gunn, followed her new husband to work on a cattle station in a remote part of the Northern Territory. We of the Never-Never is an autobiographical account of the short time that the author spent there.

Told with a little bit of humour and with some of the details changed and names altered, the article captures the spirit of the times--when European settlement was still essentially in its early days--and the diversity of the Australian landscape and people. The plot, apart from the authors careful account of how initially the men who worked on the station were suspicious of having a woman living in what they considered to be "their" part of the Australian outback, is a bit thin, instead detailing the many quirks of the era and of the place. Although parts of the book would be considered racist by contemporary standards, it is one of the few surviving works from the era that takes a genuine interest in Indigenous Australian culture. The story ends in the wet season and with a hint of trouble to come. (Sadly it did, with Gunn's husband passing away unexpectedly. Gunn was then sent back to Melbourne where she spent the rest of her life as a celebrated activist.)

An important and understated part of Australian history. Recommended.