Review: Lost in His Eyes by Andrew Neiderman 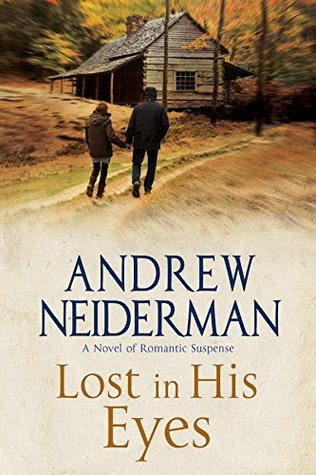 Prolific American author Andrew Neiderman (best know for his novel The Devil's Advocate and for his work as the ghostwriter for V.C. Andrews, following Andrews) makes a welcome return to romantic suspense with Lost in His Eyes, a novel about an upper middle class woman who finds herself caught up in an illicit affair with a handsome stranger. But a sinister twist lurks between the pages in this book--and when I found it, I wondered how I never saw it coming.

Clea Howard is the bored, upper middle class wife of the somewhat dull Ronnie and a bratty teenager named Kelly. Life is dreary, until she finds part time work, and encounters a mysterious but handsome man at the supermarket. Soon Clea and Lancaster are arranging secret meetings and Clea finds herself in the midst of a fantasy like illicit affair. But not all things are like they seem.

This was an enjoyable and surprising read with a clever twist at the end. Parts of it felt a little like a soap opera and perhaps a bit over the top, and the way that most of the upper middle class women were portrayed as frigid and terrified of their own sexuality bugged me just a little, the concept is intriguing enough, as was the way I got a few (illicit) giggles at upper class snobbery. At first, I had Lancaster pinned as a kind of stalker (he seems to know a bit too much about Clea's business,) but the truth is something far more surprising and is handled expertly by the author.