December 31, 2014
Welcome to Writers on Wednesday. This week I am chatting with Melbourne based children's author, Cameron White ... 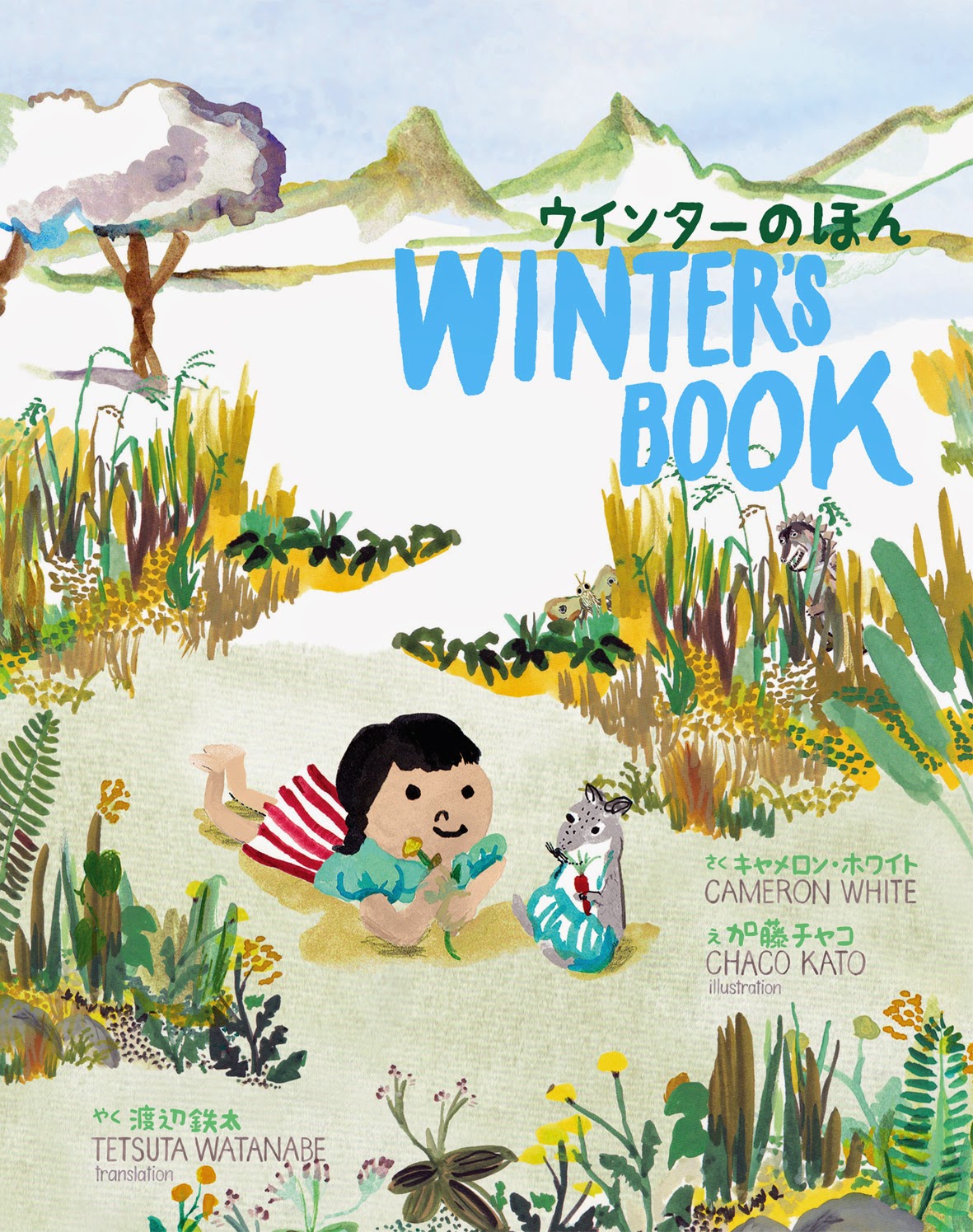 I’m a Jack of all trades who’s taken a bit of a roundabout path to writing. I wrote at school, but chickened out of interviewing for RMIT’s Professional Writing and Editing, which I wanted to do. I studied design and architecture, but graduated at a time when a large percentage of Melbourne architects were being laid off. I took the plunge and studied Professional Writing and Editing, ostensibly to become an architecture writer, but that hasn’t quite happened. I did discover the crafts of fiction writing and editing, which hasn’t helped me figure out what I want to be when I grow up.

Winter’s Book is a children’s picture book about a girl whose father goes away to write a book about animals in Japan, leaving her alone with her imagination. And a pet (Guinea Pig?) named Hamlet.
The book has been produced with the support of City of Melbourne Arts funding, and was exhibited ‘in progress’ in the City Library Gallery, along with some zines we made in workshops with kids. It was fun to show a book before it’s finished and the whole process has been an interesting way to make a book – some of it has been back to front, as the grant application had the title, theme and vague imagery of the book, but no text completed. The City of Melbourne staff have been great; they let me do my thing, displaying huge trust that it would happen and be good and only helping when I asked for it.

I went into the office of Catalyst, the RMIT student newspaper, with a piece about weirdnesses in the English language, and asked if they would like to publish it. They said they would, but also asked if I wanted to lay it out. I did, even though it took me all night. I could now do the same task in 5 minutes, but that moment probably set me down the path I’ve found myself on, and definitely sparked an interest in typography.

Because I haven’t actually launched Winter’s Book at the time of writing, I’m going to say that when I wrote pieces (possibly a ‘how to play guitar’ series, or ranty, mildly amusing editorials) for Catalyst and was introduced to someone who replied ‘you’re the Cameron White?’. Until that point, I hadn’t really considered anyone was reading what I’d been writing. To be ‘Small-corner-of-RMIT-famous’ was a revelation.

I’ve got a children’s book called Fairies Suck! (a book about fairies with a boy protagonist) that I’ve been working on, and a Young Adult novel that I should really go back to… Thanks for reminding me.

My mother was a librarian and I’ve worked in printing, so paper books are sacred objects to me. I worked for someone who tore covers off book blocks for a display, and I nearly wept, though the books weren’t anything special. I have a Nook, but don’t read enough on it. I listen to audio books when I walk my dog though.

Well, Winter’s Book is definitely not Traditional publishing. It’s an exciting time for indie publishing. The role of gatekeepers is drastically changing and anyone can publish, but do the companies who’ve ended up with clout care as much about books as they should? Who ensures quality?
Aside from your own books, of course, what is one book that you feel everybody should read?
For writers, I’d say Stephen King’s On Writing. Continuing from the last question, writers wanting to self-publish should read Self-printed. The Elements of Style is a classic all writers should read, and if I change to my typography nerd hat, The Elements of Typographic Style is a good companion. For the broader population, Stop Stealing Sheep and Find Out How Type Works is a less nerdy, in-depth look at typography and how it affects our communication. You said one book, though, right?

Thanks for having me! Despite not having visited either, I regard Adelaide as a “thinking man’s Perth”, but mostly to annoy Perthites. I’ll visit one of these days.