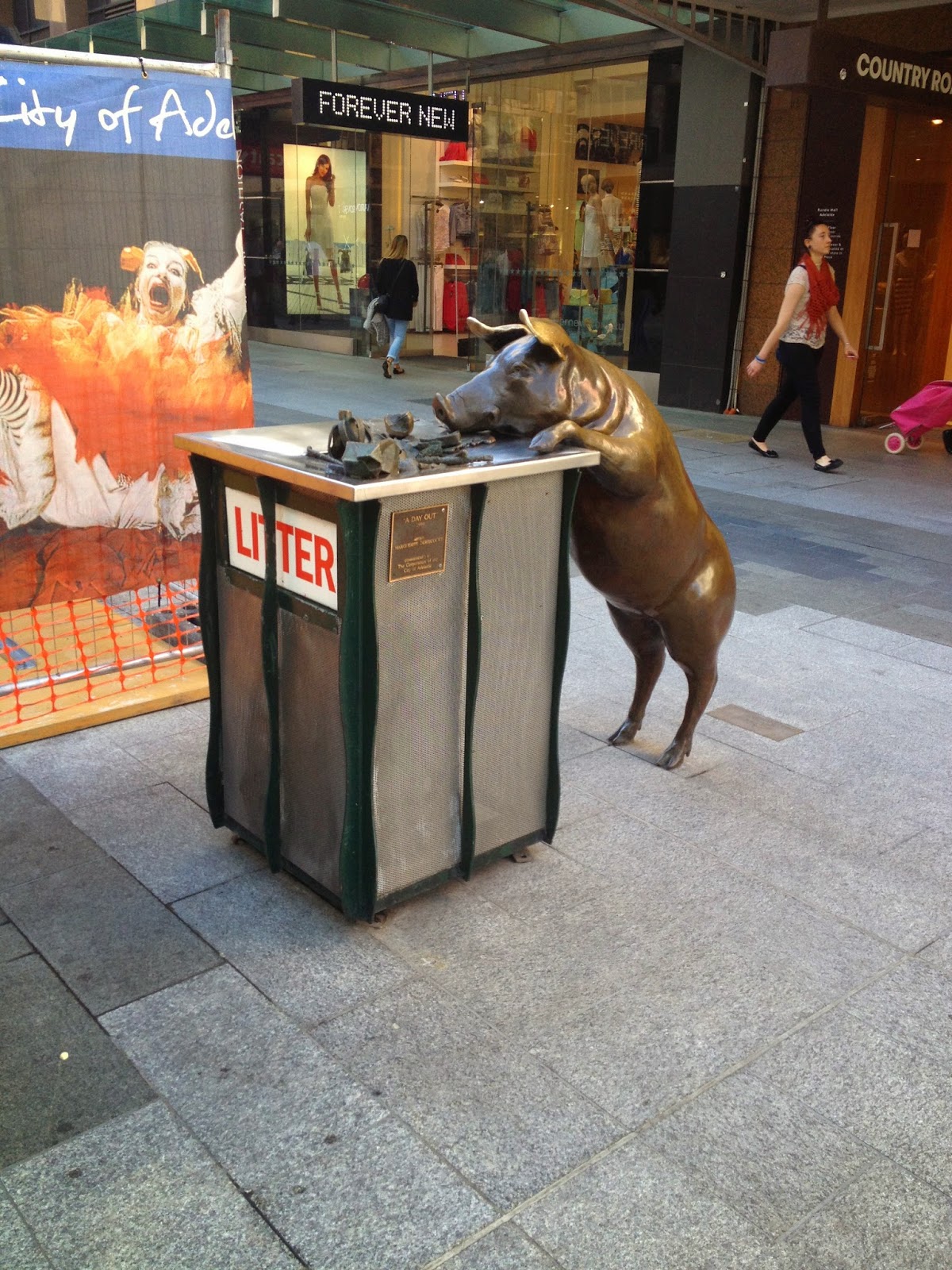 This bronze chap, who I believe is named Oliver, has lived in Rundle Mall along with his three  piggy companions since 1999. Currently located near the City Cross Arcade (like nearly all works of art in Rundle Mall, the pigs have recently been relocated,) the pigs initially copped a lot of criticism, though in recent years they have become regarded as a beloved and unique Adelaide icon. They are also remarkably popular with kids--nearly every weekend or during the school holidays, you can be guaranteed to see a child playing on or around the pigs.