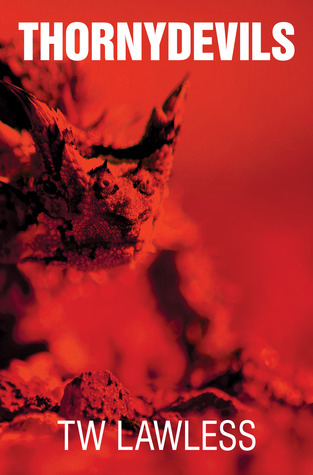 Set in Melbourne during the late 1980s, Thornydevils is a sexy, action packed romp featuring larrikin and hard living journalist Peter Clancy. Peter likes his booze, his women and his coffee (especially, I suspect from the scene in Townsville, his coffee,) and is an all round decent guy in his own way. Working for Melbourne publication The Truth, Peter has found himself promoted to the position of columnist and in the possession of a police scanner ... and then his adventures with a drug ring begin.

Although I have not read the first novel in the series, I found Thornydevils quite easy to read and follow. A number of the side characters were well-drawn (drag queen Concheeta and her boyfriend Ted for example,) and just the fact that the novel was set in an era of police corruption and in a time before mobile phones and the internet makes for a brilliant set-up. Recommended for fans of Australian crime literature.

Finally, a big shout out to author TW Lawless for sending me a review copy of his work.
Thornydevils TW Lawless