Review: The Yearning by Kate Belle 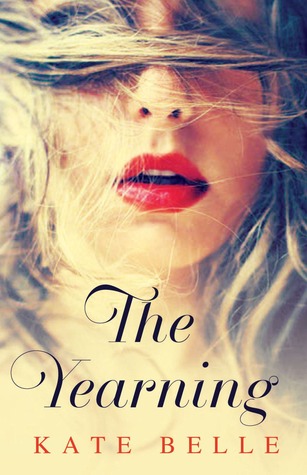 If one was to look only as far as the title, cover and blurb of this one, they could forgiven for thinking that The Yearning was straight out student-teacher porn. Which is a shame as The Yearning is an absolutely brilliant and sensitively told cautionary tale about the subtle differences between love and sexual desire. The novel opens in a small, Australian town. Our heroine, whose name is not revealed until the very end, is fifteen-years-old and is desperately awaiting her Prince Charming. And then along comes Solomon Andrews, a cool, charismatic twenty-something teacher who moves into the house next door. The heroine develops a crush on her teacher. A more sensible man would have ignored it and allowed the crush to fade away with time.

Solomon Andrews on the other hand is, well, a bit of a prick, really.

And so begins a very sexual and very secret affair that ends only when the heroine's parents discover what is going on.

The second part of the book takes place many years later and examines the effect that the short-lived affair has on the life of the heroine and her eventual marriage to Max, who is well, a bit of a dud and not great husband material. Over the years, the heroine has never properly reconciled with her affair with Solomon in her mind or truly understood that their affair was driven by sexual desire, not love. Meanwhile, Max is battling with demons of his own, his marriage is crumbling. Then the heroine meets Solomon again ...

While I do not wish to give away too many spoilers, the ending is a tricky one. I love that the heroine gains a real sense of self and is able to, finally, reconcile with her past. As for the male characters, one gets his just desserts, the other does not.

In many ways, this is a brilliant tale, brilliantly told. Solomon is a character who is larger than life yet in many ways, he felt very real to me. The author absolutely nails the nature of infatuation through her fifteen-year-old heroine--the longing, the way an ordinary, human man transforms in her mind into being something akin to a god and the sense that her life is somehow incomplete without him. We see Solomon take advantage of this, though for some reason--the sympathetic portrayal of his past, perhaps--I cannot hate him nearly as much as I would have liked to.